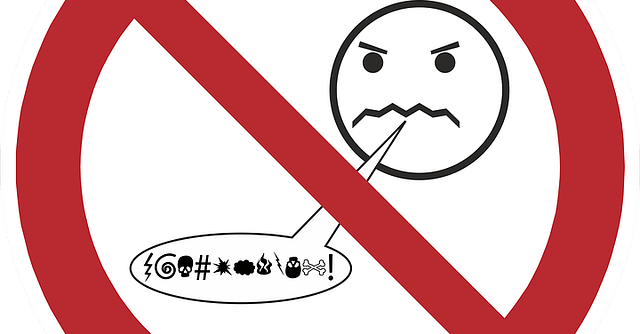 I offer my solidarity, support and comradeship to everyone who, like me, is pissed off at the Orwellian banner-waving moral crusaders who want to overturn a democratic vote.

(Disclaimer: I voted for the TUSC, so I hope a hundred and 68 radical trolls I’ve never had the good fortune of meeting don’t all pile on me at once).

To speak soberly (and with all due contempt for the Equivalence Police), looking at the public FB feed, some of it is like early 20th Century Russia or the Nuremberg rallies.

If they don’t like the result, fine; but no need to get all totalitarian and say a fair vote doesn’t count just because the (admittedly loathsome) Tories don’t fit their high moral standards…

In fairness, there are a lot of people of good character and integrity in Labour; but this is not reflected in the final fruits dished out by the Establishment “upper crust” within the party, as it were. No doubt, a lot of people still working for Labour or still voting for it feel betrayed that the party they have always loved has become (in terms of practical political results) a monstrosity, fully complicit with the status quo.

It would be very wrong to associate all Labour members and voters with the misdeeds of a proportion of the party. But sadly, the very fact that the people of good conscience are in such a terrible situation is itself a damning indictment of the status quo tendencies of the Labour Party.

Still, I’m not going to advocate making a counter-protest in favour of democracy and against people who want to overturn the vote…

It won’t be me because quite frankly, consorting with champagne anarchists is not my style. They are beneath my contempt. Unlike the self-righteous-war-memorial-defacing-anti-democratic-Blitzkriegers, I have a sense of priorities. The last thing people need is a counter-protest and the chaos that would inevitably cause.

Yes, the result was a disaster; so would any of the other possible alternatives.

Actually, there’s something even more worrying than another Tory (or indeed Labour government).

It’s even more worrying that a mob of self-important, foxhunting-hating-but-McDonalds-munching, faux-proletarian-unreconstructed-Trotskyites/Bakuninites/Vulgar-Zinovievites/Acid-Buddha-Spiritual-Economists are descending like vultures upon the city when some of them probably didn’t even take the trouble to vote anyway.

Maybe guilt at not having voted is precisely what drives their rage?

Oh, how fun it must be to have no responsibilities in life, no duties towards other people, only a nihilistic sense of one’s own grand importance in this cosmos.

Still, how many of them even support Labour anyway? I suspect close to zero. This is not being done in the name of Labour, but some vague, neo-con-worthy notion of Good versus Evil. I doubt many of these people support any mainstream party, although I’m certainly not going to go down and survey them about their enlightened opinions and allegiances, as I’ve got better things to do with my time.

Yes: I am sure most Labour voters and members, like the vast majority of people in the UK, are sickened by this travesty of “social conscience.” I suspect hardly any Labour supporters or voters even support the riots; these “demonstrations” are not pro-Labour demonstrations, and are not even framed as such. They are not anti-Tory either, so much as anti-democracy, i.e. anti-voting.

Yes, the Tories are corrupt and cynical, it’s an old story. The vast majority in the UK have, if not accepted, at least acknowledged that the vote has been taken, and that we are lumbered with yet another corrupt and cynical government.

But the small gang of righteously enraged Twitterati who want to overturn the vote think they know better, right? Would they rather have the BNP/SWP or something like that in charge?

If any of you care about parliamentary democracy at all, i.e. about the importance of acknowledging a fair vote, just look at the comments trending on FB and Twitter. This is not merely a case of people saying they disagree with Tory policies, and it’s not even ad hominem accusations. Something very twisted and sinister is going on here.

Again: I offer my “solidarity,” (excuse the ironic use of a faux-radical rhetorical gesture) to everyone who supports democracy and will acknowledge (not like, not admire, not praise or glorify) the result of a democratic vote.

I’m not being too po-faced here. I am glad that, instead of ranting, I am able to take these events with a large dose of irony, humour and sneering Voltairean grace. 😉 It must be a sign of the times. What a peculiar age we live in. Monty Python lives; you know you’ve got problems when people who explicitly and concretely advocate overturning a democratic vote are pretending they are the enemies of “the Orwellians.” But what is being perpetrated by the anti-voting internet mob is the very definition of “Orwellian.”

The enemy of my crap government is not my friend. The enemies of democracy who want to overturn a democratic vote are the enemies of ALL of us. If there’s anything worse than a Tory or Labour government, it’s a mob of self-righteous, conspicuously enlightened radicals who think they are better than everyone else.

So, to speak of “priorities” again. The number one priority is to show contempt and opposition towards radical thugs who are not acknowledging the result of the vote. The fact, corrupt governments of one sort or another will always be with us. But it is a very new and worrying development to see a revolt against democracy itself, on the part of some nihilistic charlatans and tricksters who don’t seem to have such a problem with SWP rape culture; Labour warmongering; economic terrorism conducted against Myanmar, North Korea and other sovereign nation-states via sanctions; or corrupt, unaccountable, racist, imperialistic and Westerncentric institutions like the “International” Criminal Court.

Everyone within the mainstream political spectrum should know who the biggest enemies of democracy are.

It may be that UK democracy faces the biggest threat it has seen in decades, when people are deliberately screaming for the overturning of a fair and democratic vote.

But they will not succeed. As always, when they realise they need some money to feed themselves, these folks will slink off back home their mansions, widescreen TVs and venison Sunday roasts, and that will be the end of their 15 minutes of fame… or should that be, the tedious eclipse of their day in the sun?

There should be zero tolerance for people who oppose the regular, standard voting process for electing governments. The real Orwellians are the Champagne-Anarchists and Classy-Cocaine-Peddling-Hippy-Dharma-Botherers.

There should be no place in the UK for people who oppose the normal, democratic electoral procedures. The citizens of the UK have already chosen the government at the polls. If people raised in a country with a right to vote or not to vote can’t swallow it then they should do the decent thing and go and set up a vulgar-Bakuninite Utopia on the moon or something.

The UK belongs to people who accept the normal, mainstream-political-spectrum, democratic procedures. It doesn’t belong to Orwellians who want to challenge the right to vote, and who are disputing the legitimacy of a poll that they lost fair and square. In the UK, we don’t ask God, Leo Trotsky, Adolf Hitler, Peter Kropotkin, or the latest X Factor winner who our leader should be.

No. We ask individual citizens, and if we don’t like the result, we should have the grace and humility to work within the system and try to hold the legitimately elected government to account as best we can.

And if a cynical, contrarian, universally contemptuous shit-stirrer like Wallace Runnymede (of all people) is appealing to the virtue of humility, you know you’ve got problems!

Whether Tories or Labour, the UK will not be the best of all possible worlds. But opposing secular liberal parliamentary democracy and due voting process is NOT the way to improve things here.

There is plenty of time to criticise the Tories. Hopefully Russell Brand will have some things to say, the news media will also point out errors and misdeeds, and everyday life will be a scene of passionate political debate, as it is for some of us.

But what about the people “protesting” and trying to overturn the election result?