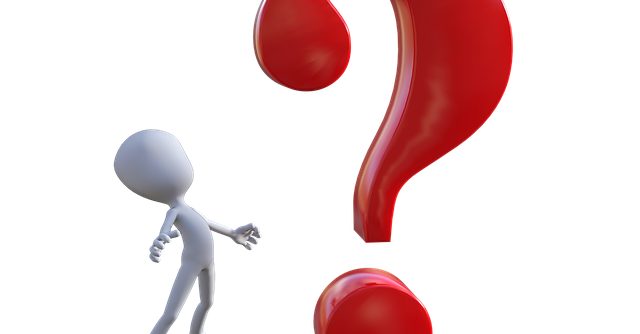 Well, let me put it another way.

Whether you’re involved in satire, critical scholarship, the media, blogging, activism, or anything else that deals with morally serious topics in depth, it’s the things that may sometimes be most obvious that are easy to forget.

So following on from some more recent comments of mine on the ethics of writing and criticism, I’d like to go on to discuss insights on this. Their apparent obviousness, hopefully, will not count against them. You be the judge!

Satire is a beautiful thing, but it is a raging fire that risks consuming us if we are not careful. In appropriately administered doses, it is medicine for the soul: for oneself and others. But when abused by an addict, it risks degrading our moral character.
Someone who starts off as a Charlie Hebdo or Ricky Gervais may one day up as a Milo Yiannopoulos or Katie Hopkins: a sad, abandoned (not least self-abandoned!) caricature of themselves. Never forget that satire isn’t just comedy, i.e. a form of light entertainment that is there solely to amuse. It is a morally serious profession: and just like the 4 Pevensey children were reluctant to seek the crown in the Chronicles of Narnia, so also should satirists be afraid of presuming upon lightly taking up satire, and not thinking about the long run of history: personal, local, national and global alike. An analogy from Science: Do you want to be remembered for writing The Selfish Gene and other classics of popular science, or for your Twitter account? The time may well be coming when kids will know nothing about the science of Dawkins or the music of Morrissey, but they remember their hysterical soundbites. Oh, and on a similar note:

While satire isn’t necessarily a ‘phase’ that people somehow ‘grow out of,’ you also have to think about your legacy: not just in terms of how you are remembered, but also your longer term impact on the world. It’s good to be multidimensional, and even if you have one or two very special skills, you mightn’t be happy remembered for something that isn’t necessarily your best work. There’s nothing intrinsically bad or unworthy about satire as a form of criticism OR as a form of true art that at its best may rise well above the shallow heights of mere entertainment and mainstream mass culture. But your calling may not necessarily to be a satirist first and foremost: it may well turn out that way, or it may turn out to be a secondary part of your contributions to human civilisation and national pride.

3. Not all that is Lawful is Expedient.

There are plenty of things in life that are not only legal to say, but that we feel we are morally entitled to say as well. And often enough, we may even be right. However, ancient wisdom tells us that even if you do something that is not necessarily immoral in itself, your act already rooted in true knowledge, it can still be appropriate to hold back for the sake of love. This is not to be confused with being an enabler, or letting people get away with evil words or deeds. That is also a problem, of course. But sometimes you can do something that you have moral or legal right to do, and yet cause people to stumble unnecessarily.

All things are lawful for me, but all things do not edify. (NB: or are not helpful, or expedient).

Who is so wise that he can have full knowledge of everything? Do not trust too much in your own opinions, but be willing to listen to those of others. If, though your own be good, you accept another’s opinion for love of God, you will gain much more merit; for I have often heard that it is safer to listen to advice and take it than to give it. It may happen, too, that while one’s own opinion may be good, refusal to agree with others when reason and occasion demand it, is a sign of pride and obstinacy.

The highest good is like that of water. The goodness of is that it benefits the ten thousand creatures; yet itself does not scramble, but is content with the places that all men disdain.
(Laozi)

4. It’s not just the Powers of this World that Have Mixed Motives.

There is some very low-hanging fruit in this world, as we all know; not least when it comes to hypocrisy. WMD lies over Iraq. Virtue signalling hawks shedding crocodile tears over the mistreatment of vulnerable people in other countries. Sometimes we’re told to follow those who are  hellbent on profiteering from the trauma of women and the death of the disabled, while at other times, we’re commanded to worship and obey those who have a sick obsession with profiteering from junk food, factory farms and ecocide. There are those who think pimping or class A drugs aren’t a big deal and just a matter of personal choice, and then there are those who hotly dispute the very idea that poverty, homelessness, unemployment and climate change are moral issues too, rather than bureaucratic infelicities that are ‘just the way things are.’

What do the Hindus and Daoists tell us about this?

So, the sage acts by doing nothing,

Attends all things without making claim on them,

Works for them without making them dependent,

Demands no honor for his deed.

Because he demands no honor,

He will never be dishonored.

5. The Complexity of Comfort

Finally, a quick word on an old saying:

Satire should comfort the afflicted and conflict the comfortable.

Like so much of what I’ve said here tonight, this saying could conceivably be applied to other forms of criticism and art too.

However, there’s a catch.

Who then, really is the comfortable, and who the afflicted?

Every person on earth is a complex whole.

Someone who may seem to be very privileged in one respect might be suffering more than others think with regards to certain other aspects of how they understand themselves, or are understood by others; and vice versa.

There’s nothing PC or postmodern or ‘intersectional’ about this: it’s a natural observation that requires to be taken seriously.

Be quick to avoid assuming that the pain of one person automatically outweighs the pain of another: but at the same time, beware of making excuses for one suffering person is morally equivalent to that of another.

Sometimes moral boundaries may blur; at other times, they fade into clear relief.

The question of when to be balanced and assemble a big picture view, and when to make clear, black and white moral distinctions, is a matter for your conscience.

Expect more of these articles to follow over the course of the year.