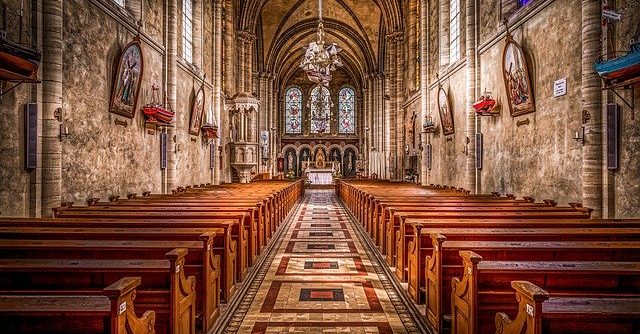 A satirist is a man whose flesh creeps so at the ugly and the savage and the incongruous aspects of society that he has to express them as brutally and nakedly as possible to get relief. – John Dos Passos

These mediocre Americans’ ideas counterfeited from individuals who preceded them or stolen from prostituted images and symbols founded in superstitious beliefs think there is something more than their current dispositions. They must know they are mere reflections of their immediate environment which they should accept. How much longer can we possibly indulge in their dissimulated, surface level images they pimp out across digital social platforms? Why invest in a class whose transcendental faith largely produces notably lackluster ideas and are grossly without noble intentions?

My proposition to this middle American class issue as a concerned citizen of the woke generation is we severely tax the core of their foundational beliefs to mitigate and rid them once and for all of their ghastly aspirations. We should redirect these religious fundamentals towards more reasonable objectives, i.e. scientific research based on evolutionary, disciplined principles. This should disparage them from a hope that contrasts with the law of the land.

This proposition is open to other avenues that may be deemed better in defeating these nonsensical, religiots from spreading Christ’s resurrection or Mohammad’s delirious reverie. For now, we should focus on reallocating their funds with coercion via the government into the pockets of those doing objectively good for the world at large. This fair proposition will first be executed by commissioning the government the right to tax the church, tithe, priests and pastors, symbols and text signifying some religious attribute. This money will then be distributed among elite scientists of reasonably sound mind who will use these funds in projects such as renewable energies, biological enhancements and controlled societal conditions.

The following points will demonstrate how this fair proposition will be achieved.

Foundational beliefs manifest in physical forms such as church, religious symbols i.e. glass panes with Mary the mother of Jesus, Saints, books and other artifacts that resemble religious ideologies. These physical representations remind their flock to read scripture, unify likeminded individuals and,frankly, disrupt certain ethical arguments in regards to innovations. If we are to tax these physical manifestations of irrelevant religious ideologies, we could disparage their followers from continuing their traditions in transcendental faith. A list of proposed tax rates for these manifestations areas follows:

***Tax rates are mere suggestions and subject to modification.

The abstract realm that these foundational beliefs are born from are trickier to tax. As you know, it’s impossible at this point in our evolutionary trek to review every thought rendered centered on religious principles. Our next best steps until we reach this omniscient state through advanced technologies, let us tax the written and audible productions of these thoughts platformed in society via social media outlets. These civilians may think it’s intrusive but realistically it’s no more invasive than what the NSA is doing. The sole difference between the implementation of passively collecting these civilians aka “users” data is an action that follows the retrieval of such data. Adjusting the public perception to this authoritative action should come as no surprise when their “I pray you feel better” tweets and “May God be with all of us” Facebook posts are charged as taxable entities.

We can embed this regulation in the Terms of Agreement for devices and applications i.e. iPhones, Facebook, Twitter, computers, etc. Thus the legitimacy for users to agree to these terms will solidify the government’s authority to appropriately adjudicate violators of this new law. Taxing influential leaders of these religious institutions dependent on their sphere of influence should be administered as well. For example, a pastor’s sphere of influence would attract more people with his religious sentiments on social platforms comparatively to one of his church member’s digital posts.

Since the pastor would implore the minds of potentially many more followers and onlookers based on how many “likes, views, loves, etc” he accumulates on his feed, he should be charged monetarily more for his detestable activity. To conclude, our taxation of the manifestation of religious ideologies is one pathway in directing our species towards accepting their dispositions in reality and curtailing their thoughts from tampering into wasteful, pathetic daydreams which inhibits our society’s productivity as a whole. Thus, if we are to progress as a species, we must rid ourselves of the things we now know are killing our ability to perceive objective good for humans as a whole. Here are your messages to look for: #fairestproposition #2020 #taxthechurch #fundthefuture #evolve