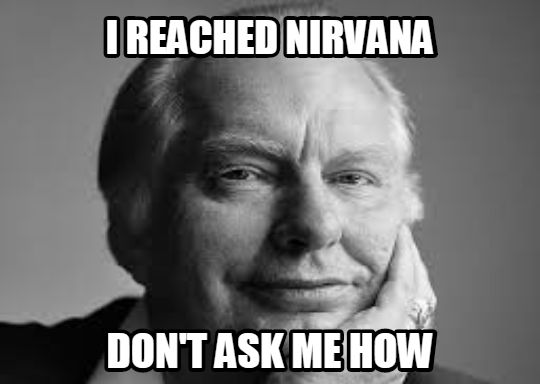 You’ve probably noticed: haters always criticize Scientology. Well, I’m going to educate all you curious and ripe-for-the-picking folks out there on why the doubters are wrong as Hell.

Admittedly, some conspicuously pretentious sophists will say that the reasons given here apply to other religions more than Scientology, but they are lying. And wicked. And should JUST SHUT THE HELL UP…

L. Ron Hubbard, far from being an ignorant bigot, was extremely cosmopolitan (in the most literal sense possible of “cosmos.”) Whether it’s playing chicken with railroad cars on Venus, or getting all warm and cozy in the Van Allen belt, no-one fits the stereotype of some Home-Schooled Provincial Religious Bigot less than your new Guru.

Scientologists don’t turn away black people like the LDS Church used to do; nor do they believe in the Curse on Ham. They don’t tell Jews that they are Christ-killers, or accuse Christians of being “People of the Book” who have falsified their scriptures.

They don’t even stone people for sexual misdemeanours, or prevent people from marrying whoever, whenever, however. I mean, Hell, do you think any right-minded Hollywood celebrity would have any respect for a religion that tried keep people in “good sexual order?”

If you find it hard to believe that mere human beings can perform miracles, fly on winged horses or that God can wipe out practically all the Earth’s population (or all the adult male population of a city) on the grounds of a mere petty grudge, you should try Scientology instead. 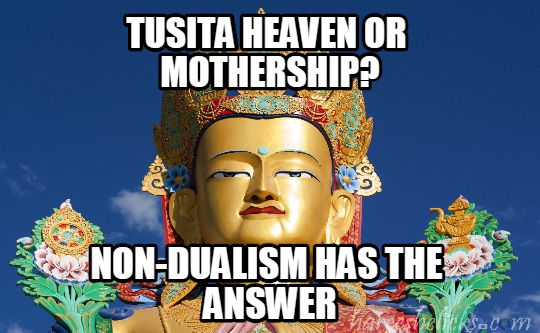 Every great religious figure of the past, present and future could (arguably) be a Scientologist. From Quetzalcoatal to Lady Gaga, Charles Taize Russell to Trotsky, Maitreya Buddha to George Galloway, from Ken Ham to Harun Yahya (these are actually ARE two different guys, right?); yup, you got it! Every one of them MIGHT JUST have been a Scientologist in disguise.

If you believe in the Prosperity Gospel, you should actually become a Scientologist. Can you really say your local Megachurch has bigger pockets than the Church of Scientology?

Anyway, Manichean dualism is a heresy; God wants to fill our souls AND our bellies. Do you really think the One True Religion would favor mere “spiritual” edification over material prosperity? Why not have your cake and eat it too?

See 3. I mean, a lot of us grew up hearing about the Burning Bush, Daniel in the Lion’s Den and Noah’s Ark. These have their merits, granted, but some of you may be bored with these, or even think Hollywood has done them to death.

So why not become a Scientologist? The stories in Scientology were revealed by an established science fiction writer from the 20th century, not people living centuries ago whose values or vision of the world (to a certain degree) might have been very different from ours.

Scientologists never repeat the same points over and over again, just changing the wording slightly to make it sound fresh and innovative. I mean, that shit is for cults, after all. 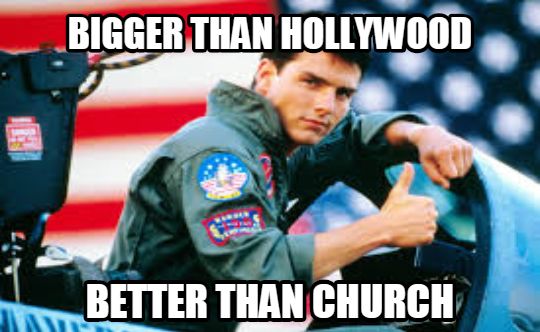 I mean, seriously: would you pick the word of Richard Dawkins, Pope Francis, Sam Harris or the Chief Rabbi over that of Tom Cruise or the person who does the voice of that pathetic mainstream Euroweenie South Park character, Berthelemy du Simpson?

Those who later rejected it were obviously not TRUE Scientologists anyway; well, DUH!

You know, like Hypatia, Martin Luther, Buddha, Baha’ullah, or the guy down the street who quit your Church and started living with a man/woman/gender-identity-the-pastor-claimed-to-have-never-heard-of; and who was informed that the decades he had spent selflessly serving the congregation were based on a fake and self-deluding act of self-hypnosis, and he had never been ACTUALLY converted. (TULIP-flavor-Calvinism, anyone?)

Many high-profile enemies of Scientology oppose it, like scientists, atheists, and leaders of other religions. So, QUITE OBVIOUSLY, truth is known primarily by the number of people opposing it. The truth is ALWAYS uncomfortable, and if a lot of people laugh at you and are openly hostile in every way possible, then YOU KNOW without a shadow of a doubt that you have the ABSOLUTE TRUTH.

L. Ron Hubbard is merely a human being, not a God. I mean, his haters often claim that he wrote to his wife, saying he was “still poppin’ the pinks and the grays, baby!” Even though this is an egregious lie concocted by the mendacious followers of Lord Xenu, it proves that even the ignorant and benighted accept that L. Ron was not a God; so how much more so the intelligent and discerning, huh?

So, don’t worry about having to enslave yourself to the arbitrary whims of a tyrannical and heteronomous (or even heterocentric) deity. Don’t worship L. Ron; you only need to accept everything he says as unvarnished truth. I mean, you ever hear of the Jyllands-Posten controversy?…
Well, it’s kind of like that, except that L. Ron and Muhammad cannot both be correct simultaneously; well, technically speaking, of course.

It’s a religion for rational people who think. (Well, I know this is true because a slogan about this on a Tube station advert in Londonweenieland).

See 13, where I gave an example of a rigorous empirical investigation in relation to critically evaluating Scientology.

See, it’s not just a religion, it’s actually a way of life. L. Ron Hubbard didn’t start a religion, he came to abolish “religion” as we currently understand it. And don’t be worried that you’ve heard megachurch pastors say the same thing…
They pwnked it from L. Ron.

See 15. There are no logical fallacies in Scientology (including special pleading). In any case, logic is arguably a somewhat useful heuristic tool from a purely Earth-bound and human perspective, but ultimately, it is cosmically inconsequential.

It adds a bit of meaning and coherence to people’s cold, dark and alienated inner lives. I mean, if you’ve got nothing else WHATSOEVER to live for other than something that is like a cross between a fringe Rosicrucian order and a rejected Star Wars sequel, but a HELLUVAH LOT BETTER, well you could do worse than to become Scientologist.

Anyway, why would you want to cruelly and manipulatively take away the comfort and blissful introversion of these people? (Like, you got a death wish or something?)

I know your life is already cold, dark and meaningless. That obviously means you’re ready for Scientology. I mean, everything that’s ever happened already has only happened for one purpose, and one purpose alone; it has been intended to bring you to this point of reckoning. So it’s gotta be worth it, right?
Won’t you take this leap of faith?
… Yup, all that crap that happened to you happened purely in order to bring you to this point; there was no other reason for it. So you might as well not be ungrateful; don’t let all that suffering and misery go to waste. Find The Truth; whether you can handle it or not!

Comforting. Well, there’s no doubt in my minds that you guys all already know the truth by now, and are fully convinced in your own minds. Still, just in case there are one or two of you who are applying an excessively “rational” or “logical” frame of mind (so-called), then I guess you’d better read the next installment. If that doesn’t bring you round from your hypercritical, pseudo-intellectual idiocy, I don’t know what will.