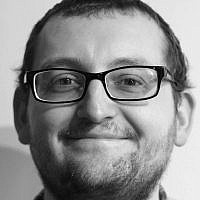 A unique and tear jerking celebrity story like none other!

Dear friends, we have some unprecedently important news for you that might just change the course of your life forever!

After many years, if not decades or even centuries of speculation, Glossy News Editor Dr Wallace Runnymede has finally left the…

BIG NEWS:
Today I’m coming out pan-sexual. At least I think I am. Still tuggin the fuckin handle since 6 am!

Although normally a very shy, softly spoken person with a charming Celtic lilt reminiscent of other cute and cuddly figures such as Shane McGowan, Frankie Boyle and his namesake from that Tom Hanks, SORRY! … Mel Gibson movie, Wallace was heard at the proverbial crack o’ dawn trying to violently extricate some long, hard, poorly greased shaft from his anus.

After finally managing to own the normies and out-woke the woker than wokety-woke, Wallace told us:

Well now, ah initially thought ah’d just be that wee bit more ambitious an’ just go wi’ thon, ye know, the whole gender-fluid thingum. But there were just so many gender fluids streaming out there, all kinds now, aye now like here there and everywhere, ah mean yes, well it goes without saying, doesn’t it, now this here is one o’ the greatest things, ah’ve ivver invented, ach now, and anyway, so ah’s decided for t’ stick it t me binary logic nuts, an’ indeed stick me old red-blooded, Saxon-hatin’ nutsack into crackin’ out some kinda pansexual OMELETTE o’ some kind, because after all hae, it would a great deal MORE EXCITIN’ an’ SCANDALOUS for me to come out as a pan-sexual instead! So ye know what, see yewsins, just dry yer goddamn EYES an’ look busy! Ye know what, ah feel fukkn sorry for you lads ‘n’ lasses, so ah do! SUCK IT UP, NORMIES! Suck it thay FUCK UP!!!!! 🤣🤣🤣🤣🤣🤣🤣🤣🤣🤣

This act, widely described as stunning and brave by his greatest admirers, has been furiously and hysterically denounced by the generally unhinged psychopathic narcissists and haters who perpetually persist in pretending not to have a massive Miltonian hard-on for his work, as something merely ‘radically irrelevant,’ ‘unspeakably tedious,’ or as our confidential anonymous sources tells us, some particularly well heeled and well greased cases have cynically denounced all this as ‘five minutes one and one’s chums have just spaffed up the wall and will never get back!’

Wallace, however, is happy as a pig in muck and assures us all that like Bizet, Beethoven, Mozart and Phil Collins Era Genesis, the true daring aesthetic significance of his sublime Badiouanesque evenement and coup de Dieu is simply too cutting-edge and avant-garde for the rest of you mere mortals to remotely conceive of, or to comprehend….

We regret to inform you all that Wallace is already deeply concerned at the low journalistic and intellectual standards and myriad cognitive infelicities of the overwhelming majority of losers and haters and sundry sempersomnambulist neophytes who have cast their eyes upon this stirring narrative thus far.

Sorry, all comments are closed on this story for now as he’s sperging the f*** out again and we have to find a way to put him back in his box! Sorry all!

Wallace is a bit upset at how this ineffably charismatic gesture of radical meta-thespian performance has gone unknown, unloved and unwanted (his words, not ours!) and yet again, they really, really REALLY loving that edgy, ultra-post-preterBaudelarian live action normie-owning, deep down! (even more so his words, not ours!), but on the plus side, traffic is currently projected to surge to a million hits by midnight, so by all means keep on clicking.

Awwah Wallace is a sound lad, but he maybe needs to be a bit less of a preening Southern luvvie about things; fortunately, however, most of us live in a Second Amendment country, so we really ain’t bothered!

Another stunning and brave intervention to unleash the unbounded chain of semiotic significant amid the crushingly monolithic hegemonic neoliberal consensus of incommensurable Wittgensteinian language games!

Wadayasay? Here's your chance to sound off! Cancel reply