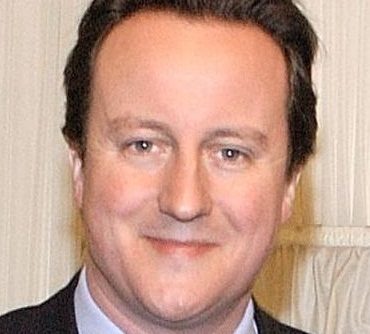 NOTE: Dave is so greedy, he has insisted on appearing today, despite the fact that he was due tomorrow. But yes: you can expect to see another Klubber Bonez song tomorrow, as announced earlier today. Tomorrow’s song will also feature David Cameron…

Yo I’m Dave, got a Cam, and I like voting that way,

Down from me crib in The Commons,

I’ve as many flashy chains as 2 Chainz or possibly more,

Me too poor to own a racing car, but enough dollar to be air guitar

I say bigger than Blair, more musical than Castro

Got a baseball cap on my front bench, it’s bigger than the Hague

The white aristocrats love me cos I’m whiter than them

Don’t tell me this is sh** is appropriation,

I’m the leader of your glorious nation

I ain’t into positive stereotyping

What rhymes with white? Dave Cam your PM ain’t sh**e

Don’t tell me I can’t imitate,

‘Cos I give my cronies a well bangin’ rate

You might say this is fake and I’m disrespecting minorities

But I’m the Prime Minister of My England, I’m like a One-Pr***-Majority

One over zero, just do the math darling,

But not in a sleazy way, more in a local produce cheesy way

I’m into market protectionism, just ‘cos I can’t stand perfectionism

All these gutter plebs are practically libertarian

One Glorious Cameron will guide you to the driest of pastures

So throw in your lot with me, I’m slick like PVC

There’s no one compares to Our Dave with his Cam

So don’t vote for other parties, leaving our, sorry MY Britain in a jam

There’s no one so charming as Dave of your Tories

Now shut up and vote for me, I’m brighter than Borealis Aurore

Now bahgger off to that plebiscite and blahddy elect me

Now give me your vote or I’ll make your handsome headie-poos bloody.

Your Dave is the best, he’s the greatest of leaders

So don’t you chop down this Global-Anglo-Village cedar.

Dave loves you better, so forget all the rest

So give us your sterlings, another war for one’s chest.

Originally published on The Spoof.

This will maybe be a songbook one day! In the meantime, check out Wallace Runnymede’s books; including ‘The Great Flâneur Narrative,’ where Klubber practically steals the show!