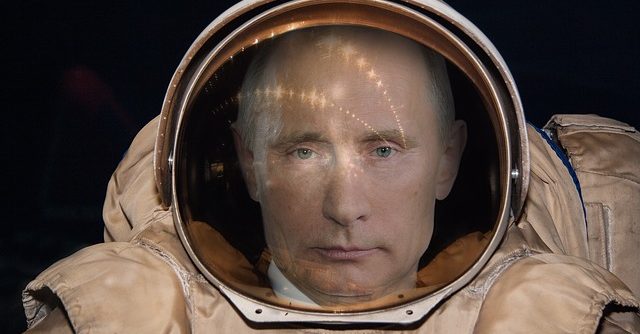 Putin announced in a pre-recorded message broadcast on State TV.

In the years that have followed the end of the Cold War, we’ve seen our country, and the United States go in very different directions. While America has added advanced technology to its nuclear arsenal, our great country has lagged behind, hand-cuffed by this restrictive treaty. Thanks to this bill, Russia is once again free to engage on the world stage as the Global Power we are.

With America’s help, we will Make Russia Great Again!

President Trump shared Putin’s enthusiasm as he rejoiced on Shitter:

President Putin, thank you for signing this bill! It is in the best interest of both of our Great Nations to once again focus our national efforts on healthy competition, and clandestine Nuke-U-Lure proliferation! This historic bill will help to jump start a new era in manufacturing in the U.S. and Russia, at the same time spreading fear all across the globe. Get ready folks, manufacturing jobs are coming back. Dust off those factories and get your resumes ready. #MAGA #MRGA

Leaders across the globe displayed shock and outrage at the News.

It is horrifying to say the least. My doctors tell me that my days are numbered, and now thanks to Putin and Trump, we can all share in the sorrow that comes with a terminal diagnosis. Who will mourn us when all of us are gone?

British Prime Minister Theresa May shared her horror on Shitter:

To say the least, I am terrified. This reckless agreement will no doubt bring about another Cold War. The last time around, America was a close ally, which provided cover for Europe. That is no longer the case. Hopefully our proximity to Scotland and President Trump’s Turnberry golf course will keep us out of the line of fire.

French President Emmanuel Macron felt the need to apologize to the world on Shitter:

I am deeply disturbed by today’s events and cannot help but feel personally responsible! It was during the Bastille Day celebration’s, I was playing host to President Trump and his lovely wife Melania, when I jokingly suggested he [Trump] start a new Cold War to boost his countries manufacturing output. ‘You and Putin are pals already. Go make a deal with him. Each of you agree to break a few treaties, start opening poking around each others borders. Snuggle up with a fringe level ally, encourage them to begin a conflict and participate in a few secondary wars. Hype it up!’ I was being over the top…

I had no idea the guy sitting next to me was an actual psychopath. Please forgive me. I am so, so, sorry.

Not everybody took the news to be a bad thing.

Brexiteer and potential replacement to Teresa May, Boris Johnson was elated at the news:

Simply splendid job, chaps! The time for peace is over. It is in everyone’s best interest that these two great nations enter into a period of unfriendly competition and reckless one-upsmanship. Hopefully Bojo is finally going to become Prime Minister and gain access to England’s world renowned bunker system! Let America and Russia spaff their money up the wall and bomb one other back to the bally stone ages. Boris shall be safely tucked away, sipping one’s cognac as the whole world goes to rot and buggery! Hoorah!

Supreme Leaders Putin and Trump have cleared a new path to economic prosperity and global security using nothing but a Sharpie pen. I look forward to the next generation of mid-range nuclear ballistic technology, and can’t wait to get my hands on some of the obsolete stockpiles that will surely flood the secondary market. Dibs on the R-14 Chusovayas… They’re a collector’s item!

The People’s Republic of China supports today’s signing. We encourage our friends in Russia and America to dedicate every last remaining resource in their possession to secure victory in this exciting new arms race. You supply the world with improved mid-range ballistic efficiency… we’ll provide everything else.

Even PETA got in on the action with an official statement on Shitter:

If Chernobyl has taught us anything, it’s that animals have an instinctual knack for survival, as is proven by the abundance of wild life that has reclaimed that contaminated region. If nuclear war is what it takes to once and for all end humanities ruthless rule over this planet…  We are all in!

While nuclear tensions have been on the decline since the 1987 Intermediate-Range Nuclear Forces Treaty (IRNFoT) was signed by U.S. President Ronald Reagan and Soviet General Secretary Mikhail Gorbachev on December 8, 1987, recent events in North Korea, and an ongoing feud between the United States and Iran threaten to bring tensions to the forefront.

This story is ongoing.

As also the undying saga of Ted Cruz’s Space Pirates…