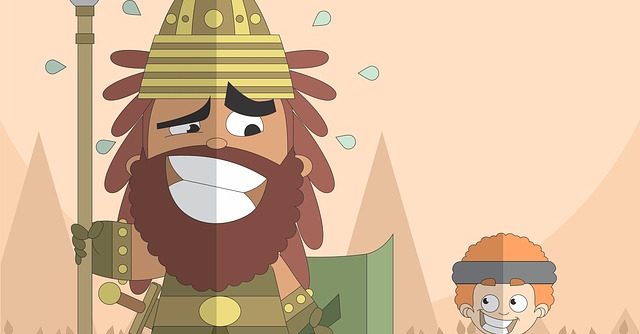 WELCOME TO OUR OCCASIONAL SERIES, DEVIL’S ADVOCATE! CONTROVERSIAL AND UNUSUAL PIECES TO BE FOUND HERE. IT’S AN OPEN TALKING SHOP, FEEL FREE TO CONTRIBUTE ANY OF YOUR OWN VIEWS TO THIS SERIES!

Devil’s advocate time, for want of a better choice of words! Now this is going to be quite balanced, so make sure you’re sitting down if you’re reading this. There is a huge tendency to fearmonger about evangelicals in the UK and (especially) the US.

Now as someone who was raised in a context of childhood religious instruction ranging from evangelical to fundamentalist (and who later went on to other things), I am not without ambivalence to evangelicalism as such; but a lot of the criticism out there is veering towards unhinged McCarthyite hysteria.

Firstly, the tendency to promote conspiracy theories (i.e. evangelicals somehow ‘don’t believe’ what they are saying and are just making a power play) relies on gross exaggeration; there are probably evangelicals like that, but it’s hardly that representative, or indeed any more widespread among them as among any other group in society, religious or otherwise.

ONE CHURCH, ONE GOD, ONE ARMY!

Secondly, there is much more variety within evangelicalism than people think; both theologically and demographically. The worst examples of evangelicalism, or the perceived worst, are given exaggerated prominence in the media and elsewhere. African Americans, Black British, Chinese, Indians and more have contributed immensely to keeping the flame of faith alive in a secular age. Idiots like Kent Hovind or Ray Comfort or Pat Robertson are often viewed with disgust and contempt by their fellow evangelicals, many of whom consider them to be clowns and loser and buffoons who are causing unnecessary scandal to the faithful.

Thirdly, evangelicals are not always and everywhere this (again) conspiratorial mass voting bloc. Some are more quietist, others more activist. Some want a strong role for religion in government, others lean more in a secular direction. Some are hawks, others are doves. Some have a very economically liberal view, others support green or social democratic causes.

SCIENCE IS INTERESTING! & IF YOU DON’T AGREE…

Fourthly, the degree to which they are anti science or anti academic is another key point of exaggeration. It’s important to remember that the stereotypical adherence to Young Earth Creationism is partly to do with historically contingent cultural and historical norms and contexts that, while not wholly separable from religion, are hardly fully to religion either. And in an age where scientism, the uncritical worship of engineering human bodies and souls, is still hegemonic, the kind of stance that potentially undermines a purely materialistic and abusive view of the world isn’t necessarily always going to be wholly a bad thing.

Fifthly, the common accusation that they are ‘rigid’ and ‘dogmatic’ is not only uncharitably sweeping, but also typical of a free market, neoliberal, postmodern society where nothing but the most deranged extremes of ‘grey area’ and ‘nuance’ are morally acceptable. Nowadays, there is a kind of militant agnosticism in all areas of life, not just with regards to religion, which is ultimately founded upon the moral indifference of the market itself. To say Plato’s triptych of the good, the true and the beautiful is somehow universal and objective, is to risk seriously undermining the one ‘god’ from which all our values are supposed to come: the ‘free market’ itself.

Ultimately, it’s not true to say that one cannot generalise at all about evangelicals. The paranoid phobia of ‘generalising’ that one often encounters today is itself highly postmodern and neoliberal in character. But if one wishes to generalise, it helps to do it fairly, and do be aware of the facts, of the broader context (where relevant), and of the possible limitations of the generalisations one is making as well. The fact is, everyone wants to be right, and to believe they are right: Evangelical Derangement Syndrome, when you think about it, is no less hysterical and exaggerated than a great deal of what the EDSers are claiming to oppose!

IF YOU WANT TO SUBMIT ANYTHING VIA THE FEEDBACK BOX, PLEASE DO!

AS ALWAYS, THIS COMMENTARY PIECE, RIGHT OR WRONG, IS THE PERSONAL VIEW OF THE AUTHOR, AND DOES NOT OFFICIALLY REPRESENT GLOSSY NEWS, A NON-PARTISAN SITE.