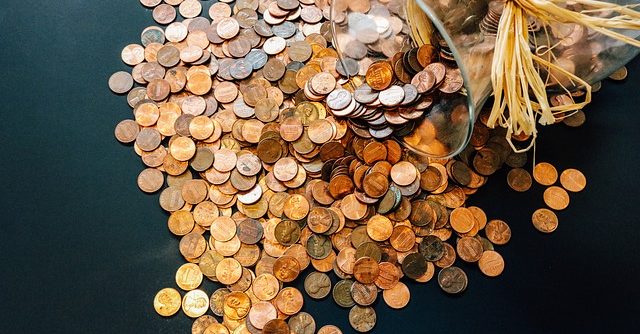 Salem, OR- As tensions between the United States and Iran continue to flare after the latest attack on an American drone, more and more millennial children are demanding that Mom and Dad pay to send them away before war is declared. Thanks in large part to the understanding that their parents are already paying for their health insurance, car insurance, cell phones, subscription based streaming services, food, rent (or continue to allow them to live at home), and most recreational activities, many Millennials don’t seem to think funding a relocation to another country to avoid a possible draft, is a big ask.

“My parents pay for everything already. I know they don’t want to see me die in another pointless war, so of course I expect them to pay for me to move to Canada if it happens,” 22 year old Trevor St. Scott, from Salem, OR told me from his apartment located above his parents garage. “The world I’m growing up in is so different from the world of my folks. There are virtually no opportunities for my generation. With the cost of living skyrocketing, and wages relatively stagnant, there is no way I can afford to move out on my own. My mom already promised to pay my rent if I decide to move out, so it’s not like she hasn’t already agreed to this proposition in theory. What’s the difference if I choose to go to Vancouver, Canada instead of Vancouver, Washington?”

I asked Trevor if it bothered him, that every time his parents shelled out money to pay one of his expenses, they were likely diverting funds that would be better applied towards their retirement.

“Not in the least. My parents are relatively young, and they make pretty good money. They’ve been supporting Grandma and Grandpa for the last 10 years, and they own a house. If they can take care of their folks and pay the mortgage, there’s no reason to believe that they can’t take care of me, too. Dad’s 40, and Mom’s 43, so they’ve got plenty of time to save up for retirement. I’m sure by they time they reach their 60’s, we’ll have socialized medicine, and social security will be fixed.”

“They are the providers, and it’s their responsibility to provide. Hell, my girlfriend Neveah moved in last week, and Mom didn’t mind adding her to the family cellphone plan. I would think if this was a financial strain, one of them would say something.”

“I have asked Trevor where all of his money goes,” his mother Katrina told me over a cup of coffee. “He likes to go out… a lot. He loves to eat fresh sushi, and during the summer he goes to a lot of concerts with his girlfriend. Tickets for live music are expensive these days, so we help him with that. He’s at the bar most Friday and Saturday nights, and likes to buy drinks for his friends. I’ve always believed that an active social life is vital in building self esteem. My only hope in this world is that Trevor is a happy person, and anything I can do to shield him from life’s difficulties is my pleasure. No matter how old he is, I will always be his mother, and I will gladly make what ever sacrifice is necessary to ensure he can go through life unburdened.”

I asked Trevor’s father Justin if he agreed. “Trevor is a good kid with a good heart. It’s a different world then the one I grew up in. I remember when I turned 18, my parents basically threw me out of their house. They told me I was an adult, and I should learn to take care of myself. I worked two part time jobs, one after school, and one on the weekend to pay my rent. Thank God for Top Ramen. If it wasn’t for those crunchy noodle packets, I probably would have starved. We’ve tried to give Trevor a better life than that, and I think we’ve succeeded. He only eats range fed, humanely treated, organic meats, and there is no way he could afford that on his own.”;

“Sure, it’s a burden sometimes… Me and Katrina don’t have a dime in savings, and the cost of my parents health care keeps going up and up. We haven’t had a vacation for three years, and our lives are definitely a slog these days. That being said, I have a better relationship with my son than I ever had with my folks, and that’s more important than how much money we have in the bank.”

At the time of this publication, Trevor is currently unemployed. Katrina was busy submitting online applications on Trevor’s behalf, while Justin was working his fifth straight weekend to cover Trevor’s gas expenses, his new Gym Membership, and a subscription to Parabox.