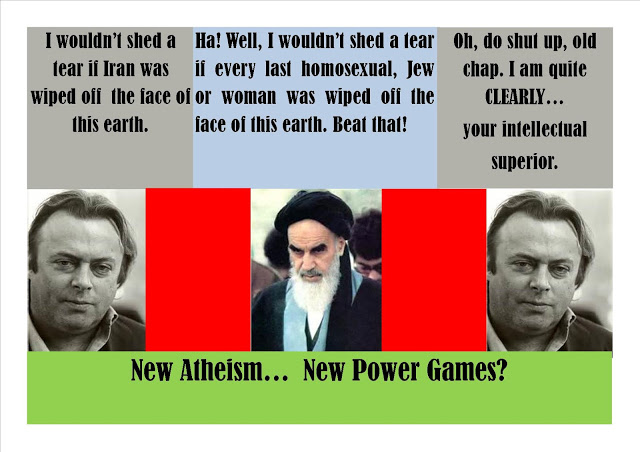 One is a violent extremist and vicious radical ideologue who held the lives of innocent human beings in exceedingly low esteem.

As for that benighted country, I wouldn’t shed a tear if it was wiped off the face of this earth.

Did Hitchens actually say that?

Some say the quote is not so well evidenced:

I don’t know one way or the other…

But I know what kind of person Hitchens was!

Nothing would surprise me less….

Political Islamists are never moderate; even when it’s the moderate Taliban, moderate ISIS, or the moderate Syrian Dissident Community:

Dick Cheney: We Have to Put Our Backs into Seducing Moderate Daesh (1/3)

Dick Cheney: We Have to Put Our Backs into Seducing Moderate Daesh (2/3)

Dick Cheney: We Have to Put Our Backs into Seducing Moderate Daesh (3/3)

Still, Hitch is not a great improvement!