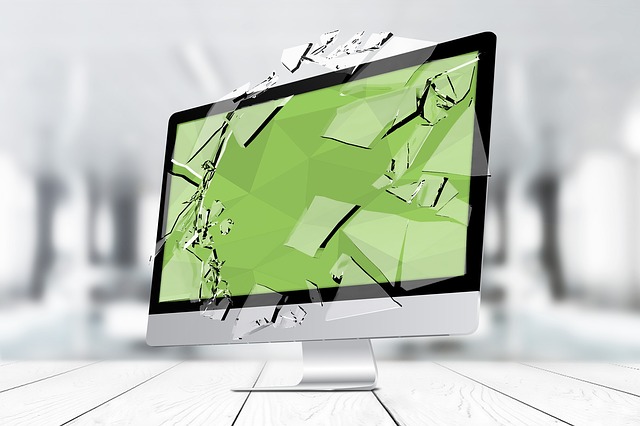 You would think that something could be broken only so many times, but apparently when it comes to the Internet, the laws of (meta)physics make an exception. Every few days.
Despite the best efforts of devastated IT professionals and largely thanks to social media hardcore aficionados worldwide, the Internet seems to keep breaking – much more often than the founding fathers of the World Wide Web would ever have imagined.
Will we (and our precious Internet) ever be safe? Let’s take a look at the most entertaining cases of “breaking the internet” in pop culture.

When Kim Called upon the Faithful to Break the Internet

According to pop culture, there’s no end to breaking the internet. The trend of seeing the Internet broken every few weeks and the relevant phrase became widely popularized after the 2014 Paper Magazine interview with Kim Kardashian – one of the most usual culprits in this heated hatred for the smooth functioning of the Web. On its November 11th issue cover, the magazine sported the phrase (or call to arms, perhaps?) “BREAK THE INTERNET” – and fans of the 37-year-old celebrity were very eager to show their support. The Paper Magazine’s tweet with a photo of the cover was retweeted 3,200 times within 24 hours and received 2,500 likes. On November 17, 2017, the same magazine repeated its “Break the Internet” shtick with three Nicki Minaj’s on its front page – and when Nicki tweeted the photo, it got over 37,000 retweets and was liked 101,000 times in two days. Twitter itself asserts that the phrase is consistently used around 2,000 times daily on its platform.

But before the Kardashians, there was also science: Joe Rogan claimed that Neil deGrasse Tyson would “break the internet” when he appeared on his show. And in an ingenious 2008 episode of The IT Crowd one of the greatest and most loved IT-related TV series of all time, computer geeks Moss and Roy convince Jen, the IT department head who also happens to be completely clueless about IT and tech in general, that the Internet would break if anyone typed Google into Google – please, do not try this at home. Disney is just the latest to take the lead with its upcoming sequel to the 2012 Wreck-It Ralph movie. Set to be released on November 21, 2018, the movie is titled Ralph Breaks the Internet: Wreck-It Ralph 2 and sees the main characters take a tour on everything marvellous on the Web, including clickbait, bizarre eBay auctions and seductive algorithms.

Will the Internet Ever Be Safe from Harm?

So, even Disney can be fooled – it seems that the Web might not be so easy to break, after all. Despite all the slander, no one can really stop the Internet from operating, as it has outgrown the limits of our imagination into a truly vast sea of information and communication – one that we will likely never navigate whole, let alone shut down. In fact, computer networks have progressed so much that even individual servers are able to operate at high availability, as they are designed to prevent loss of service by avoiding or managing failures. Interestingly, 100% availability is considered the unachievable ideal, so the holy grail of availability is the so-called “five nines” rule, meaning 99.999% availability.

Meet the British man with a key to reset the internet http://t.co/pFMPwmUaWO pic.twitter.com/FB7Ch2Cwv1

All well that ends well – or is it? According to a story reported in 2014 on the Guardian, Time magazine and British network ITV, there are fourteen or seven (accounts vary) elite individuals that hold very special keys that when combined into one master key give them the power to reboot the whole Web. Judging from Britain’s pick for the job, we are in very good hands indeed. Plastic sealed bags certainly seem the most efficient and eco-friendly way to store the keys to Internet doomsday, wouldn’t you say?