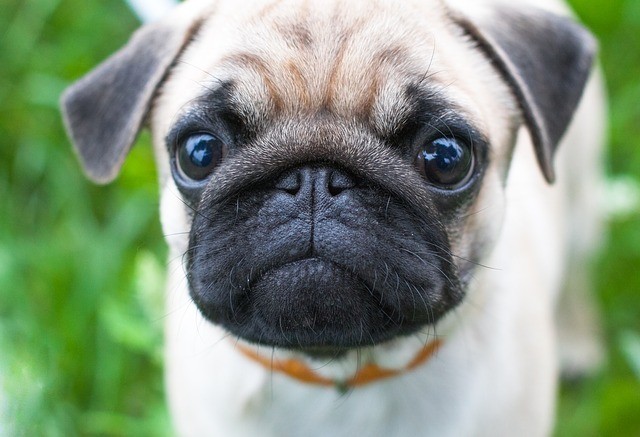 “They may take yer pugs, but they will never take yer freedom!” has long been a sacred staple of Scottish patriotism; alongside deep-fried pizza, Special Bru and losing every major sporting tournament going!

However, even the staunchest Celtic patriots are left scratching their sporrans at the latest SJW craze that is sweeping all ten square kilometres or so of the Land of the Brave.

After an ill-fated stunt with a scarily non-Nazi Nazi pug, carrot-topped Coatbridge tattoo fancier Count Dankula may have found allies in the pasty-faced toothless London limey community, with their TOTALLY non-Soros-funded ‘Free Dankula March.’ But the Marxist elites have had their revenge, by launching a ruthless wave of Pug-Punching fun & frolics somewhere just-about-northish of Hadrian’s Wall.

And the RSPCA, normally considered the frontline force for animal welfare, are now scrambling for front-line assistance!

One mildly distraught public speech, remarkable for its lack of stuck-up Anglo prissiness and emotional repression, sounded out suchly:

She cannae tek it any moor, Nikki!

We asked a hearty truckload of Islington socialists, Goldsmith’s SJWs, Hampstead Marxists and a confused gaggle of apparently well-derouted Ilford white van men (no, not this guy!) whether they thought there was some merit in the RSPCA’s call for clemency.

Yet curiously enough, not one them had the slightest clue what thon lassie was on about!

“If we don’t punch pugs, then the pugs inevitably win!” one of ’em grunted, in a surprisingly mellifluous Oxford cadence.

“You can’t argue with flat noses! Give us our bally quinoa back, old bean!” another well-heeled fop roared, in a mildly effete impersonation of a gangster of perhaps a rather more easterly persuasion than his usual haunts.

“There are no japes in Marxism. A chap’s required to do such as a chap, quoth I, may reasonably be deemed obligated thus thereby to perform unto his fellows, oh frabjous day! Callooh! Calais!” simpered one dainty little Cambridge treasure.

It remains to be seen whether this daringly audacious grassroots proletarian counter-protest against Dankula will succeed in bringing about the Revolution so many have desired for so long.

Let’s just hope that, in the meantime, their trust funds don’t suffer any from what the rather more rugged and ragged might erroneously consider to be…

Nahhhh, every time ye share this story, a naughty wee puggie gets his nose broken!