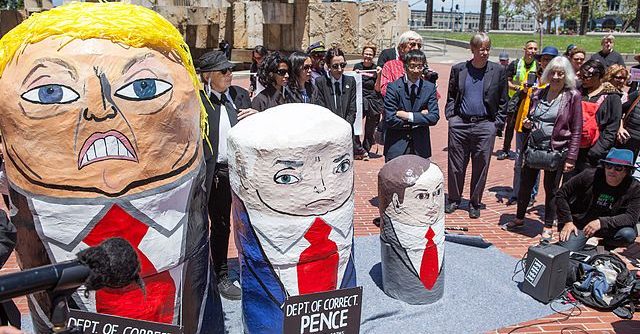 Wairarapa, New Zealand- On Thursday, famed filmmaker and professional submarine pilot James Cameron announced plans to reboot his Terminator franchise, after rabid fan boys pushed back against the trailer of his long awaited sequel to T2: Judgement Day, Terminator: Dark Fate, which was released recently. According to Cameron, the reboot will follow the plot line of the original Terminator movie… with a slight twist! We visited Cameron at his castle in Wairarapa, New Zealand to discuss his plans.

The Terminator franchise has seen some dark days since the release of T2, and none of the follow up films have lived up to the standards I established in the first two movies. Now a days, the franchise is viewed very much in the same light as the Alien franchise movies, and to a lesser degree, the Predator films. If the fan reaction to the Dark Fate trailer gives us any indication as to how this film will fare, this movie is already in serious trouble.

You’ve been a part of two of the biggest box office hits in recent memory, Titanic and Avatar. These movies are wildly different, with Titanic being an epic love story, and Avatar being a retelling of the classic “White Jesus” story line. How are you able to switch gears and tell such drastically different stories?

Titanic was, simply put, just a vanity project. During the filming of The Abyss, I was lucky enough to purchase my first submarine. It was during that project that I discovered my passion for all things related to the ocean, and Titanic allowed me the opportunity to make another movie with the ocean as a major set piece. Like all vanity projects, I wasn’t all that concerned about the movies overall success, I just wanted to make it. Avatar was different.

I pride myself as a film maker who is able to change with the times, and to tell a story that people can identify with. At the time of it’s release, Avatar was the biggest movie of all time. It appealed to audiences  because it wove great action and special effects, with a mix of subtle jabs aimed at the Bush administration. This movie was extremely important for it’s time. The fact that nobody has watched it since it was released on DVD is not important. My intent was to tap into viewer’s feelings about America in the post-9/11 world in real time, and to that extent, the movie far exceeded my expectations.”

What can you tell us about your planned Terminator reboot?

With my new, new Terminator movie, I hope to tap into the American psyche in much of the same way as Avatar. While the original Terminator movie was written as an homage to the killer robot movies of the 50’s and 60’s, featuring a hero sent back to the 1980’s to protect the mother of our savior, this movie will operate under a similar premise, only backwards. The movie is set in Columbus, Indiana in either 1958 or 1959, and tells the story of a Terminator who is sent back in time to kill the mother of the man who is responsible for the destruction of mankind. The big twist comes with the fact that the Terminator will be the good guy, while the Kyle Reese figure is now the villain, intent on bringing about the end of the world. This film will be my first foray in a genre known as speculative science fiction. In the world of this story, Roe V. Wade was reversed in the early 21st century, once again making abortion illegal. This in turn leads to overpopulation, which leads to resource scarcity and environmental destruction. As a last ditch effort to stave off extinction, the remaining human faction builds a time machine and sends the Terminator back to kill the mother of the man responsible for reversing Roe V. Wade, Mike Pence, before he is born: thus changing history, preserving abortion rights, and restoring to  humanity the ability to control their population as resources decline.

Wow, Mike Pence is the end bringer? You obviously don’t think much of the man.

I’m not saying that Mike Pence will bring about the destruction of mankind, only that it is possible… and very likely. Regardless, it’s an interesting story that needs to be told. We’ve all hypothesized what would happen if somebody went back in time and killed Hitler… I’m just the artist who can not only speculate on such a subject… I can create it, articulate it, and bring it to an eager audience. This project is the most important of my life, and I can’t wait to share it with the rest of humanity. I’ve pushed the filming of Avatars 2-5 to 2025 to focus on this project, and hope to have it ready for 2022.

We want to thank James Cameron for sitting down with us for this interview. Terminator: Dark Fate will hit theaters in November 1, 2019.