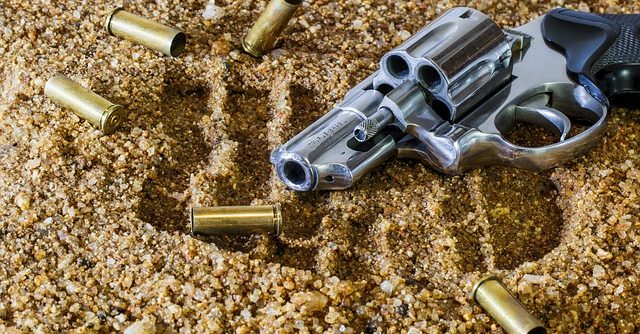 WHO IS BEHIND THE EPIDEMIC OF MISSING JOURNALISTS IN BRAZIL?!

Alleging that the mysterious disappearances have been directly commissioned, Putin-style, by the flamboyantly irritable Brazilian President Jair Bolsonaro, the MSM want the whole world to hold their national leader to account.

However, as Brazil is inching every closer to the USA, Donald Trump is standing with his new regional partner, just as he did in the event below:

But here’s the real meat!

What Bolsonaro really wants is:

Respect to traditional and family lifestyles, respect to God, our creator, against the gender ideology of the politically correct attitudes and fake news!

Of course, as a blazing torrent of murder accusations faces Bolsonaro…

TRUMP HAS FURTHER SUPPORTED THE DEMOCRATICALLY ELECTED LEADER OF BRAZIL:

It’s called FAKE NEWS! It’s phony! It’s fake! Not one person… Nooooot ooooone person… in the dishonest fake newwwwws media… Has ever said anything about all the tremendous things Bolsonaro has done for Belgium. Tremendous! And I tell ya what, I love a good good thing; but we don’t hear much about ’em. Anyway, the Perons were far worse! And if it were up to me, Elly Peron would be in jail!

Sensing the need for a rather more intellectually sophisticated riposte, a certain stalwart independent semantics expert had to go on and give his two cents.

RUDY GIULIANI WENT ON TO SAY:

Now, CNN and everyone else are saying that what Bolsonaro is doing is a ‘crime.’ Well, believe it or not, I myself have taken the trouble to speak with a vast, innumerable legion of world-renowned legal experts from across the globe, all 2 or 3 of whom are universally esteemed graduates of Patriot Bible University and currently part of our White House team, and among whom nary the SLIGHTEST trace of servile sycophancy has ever been detected in the entirety of their professional history, or if you will, their entire long and laurel-strewn career of a 2 month internship! And I can tell you all, categorically: “crime” is NOT a collusion!

Totally. Complete witch hunt. Totally ridiculous! Why aren’t they in jail yet?

THE ADULT IN THE ROOM CONTINUES:

They’re probably dead anyway, Donald. Anyhoo! Now, the mainstream media, they’re throwing around all these vague and meaningless terms around, you know, like ‘crime’ and ‘collusion.’ But whenever you actually start critically examining the dizzying array of shallow, pseudo-intellectual talking points and the long-winded, interminable, loquaciously sententious langue du bois and prolix, grandiloquently garrulous verbiage they’re using, they are actually just doing nothing more than making wild and arbitrary accusations that are essentially indefinable! Because after all… How can you possibly argue against a meaningless accusation? You’d have to be pretty stupid to assume any one of us can defend ourselves against even one single accusation the media are making about us! So, this is why they do it.

We meant to round this off with a quote straight from the horse’s mouth in Rio; but so far, for some explicable reasons, our Glossy News Brazil contingent haven’t got back to us yet. I’m sure it’ll all be fine though… Watch this space!