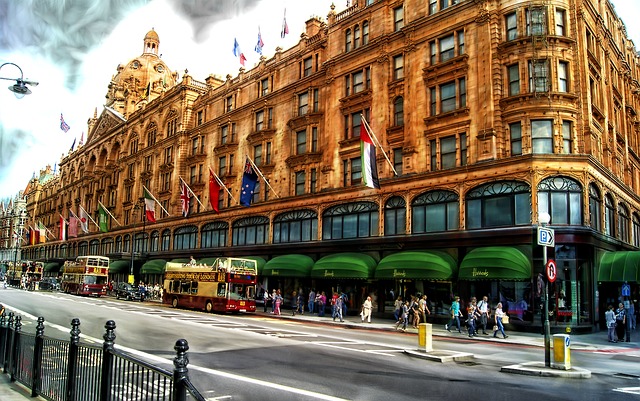 London car mechanic Brian Love was so smitten over a lady he spotted standing in a Harrods shop window, he lost his mind.

I didn’t drool over the usual body parts that most men do. I appreciated the more understated qualities of her female form. She had the horniest pair of ankles I’ve ever seen – they were like unclimbed mountains. Mountains higher than Sri Pada nd more mysterious Mount Tai, so angelically pure, she would never allow an expedition of drunken rookie climbers to stomp all over her tender gristle bone. She would never allow them to leave their filthy rubbish all over her feet – disrespecting her newly-tanned ankle surface – gangs of noisy climbers trampling all over her leggy cloaks of smooth golden flesh.

The sight of her nostrils drove me berserk. I ripped my shirt off and started chewing the road until the police arrived. I told the officers I was fine, and that it was the sight of the lady’s mystical tunnels of nasal hair and snot that had prompted such an characteristic display of unbridled passion.

I fell on my knees and prayed when I saw the aesthetic wonderment of her fingernails. I thanked the lord for bestowing upon my humble aspect – ten bright red painted fingernails without any smudges.

‘Picasso who?!’ I screamed.

I walked into the shop to declare my love for her and realised it was a plastic window dress model.

Prominent London politicians are divided over whether the obscene model is a unforgivable validation of patriarchal objectification and rape culture, a malevolent Zionist conspiracy or yet another sinister attempt by Brussels to undermine our national sovereignty by flooding the country with hideously unpatriotic Lithuanian tat.

No idea mate! Still… Phwoar! Would yer look at the tits on that!

It seems, for some reason or another, that Love has finally had the last word on this one…