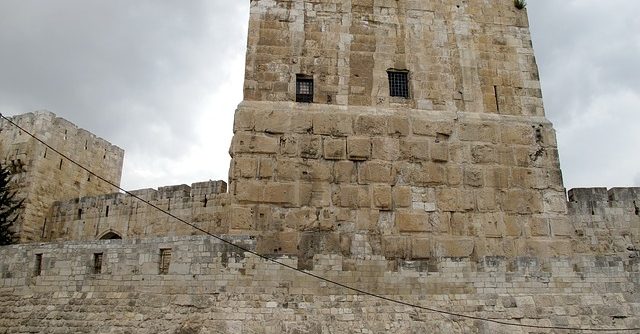 In the days of the old King, King Bush, the people did eat of the fat of the earth and drink of the fruit of the vine.

But lo a new King, King Obama, ascended the throne and soon there went up from the land loud lamentations and wailing.

For the new King was wise and discerning, but the people, preferring the superstitions of magicians, were loathe to meditate day and night on his laws, or walk in the ways he directed.

They also said he was not constitutional since he was from another land.

The new king had many officers over the land, but the tribes of people cleaved together and obeyed them not, for they brought change upon the land.

They afflicted the rich and sported with dark people and foreigners.

So the people’s anger was kindled against the King, and they raised up a tea party to dethrone the King.

The people cursed the King and chastised him with whips, and scorpions, and low ratings.

There were in the land wise men who went to the rebellious mob and said, “Surely, we can get along. Come, let us reason together.”

This sorely vexed the mob and they threw out the King’s counsel, not one, not two, but the whole delegation, King Obama’s anger burned hot.

He rent his clothes, repented of his wimpy ways, and appointed servants with armored chariots to execute judgment.

The charioteers said, “These rebel voices are an abomination in the land. Lest they gain control, let us go and cut off all their beards.”

And they would have done so, and even slain all of them right there, except the King told them to turn aside from their confrontational ways.

While they were turning aside a great pestilence fell upon the land.

The land did dry up, skin disorders abounded, the cattle did die, the skies did darken, the fast-food places closed down, and the banks did fail.

Worst of all, a new king did arise, King Donald, who taunted the old king, saying “My little finger is thicker than your loins.”

He would jab his middle (I mean little) finger at the people when he spoke.

The newer King reduced all subsidies to the farmers and sheep-grazers.

However, those in high places did not cease with their parties, nor did they help the poor even one shekel.

So in those days, it came to pass, alas, that the lower 20% of the population, wretched and oppressed as they were, cried out to their king, “You let the rich keep their granaries, their Guchii clothing, and their catered banquets while we suffer in hunger and want.”

The King’s emissaries went about the land lying that this was not exactly the King’s will, but he was helpless to do anything.

A mighty roar went up throughout the land with finger-pointing everywhere.

The rich made an image of their god, Donald, and worshipped at his feet day and night.

They pressed their heels against the necks of the poor.

The poor, well, they were powerless to do anything.

Other nations looked upon this and said, “Soon these people will not be able to pay their bills. We’re not trading with them.”

In place of prosperous routes of commerce, trails of tears, drugs, and tabloid newspapers crisscrossed the land.

The counsels of the King took flight with the ravens, no one could agree to anything, and the workers failed to make any more tourist trinkets.

After this, a desolation settled over the land like no one had ever seen before, or has seen since.