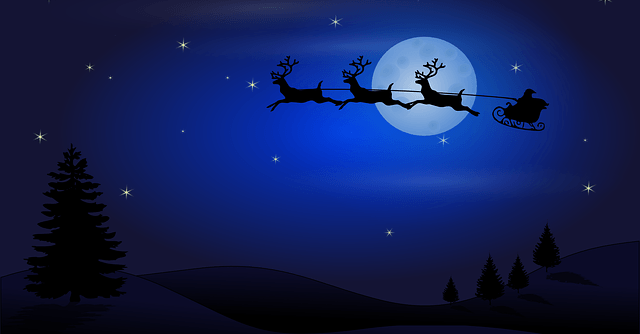 The North Pole: Jolly Ol’ Saint Nick was anything but Jolly as he announced to his elves and a tearful Mrs. Claus, that his North Pole-based Christmas empire, Kringle Corp World-Wide, will be filing for Chapter 11 Bankruptcy later this week.

Citing the emergence of Amazon as the world’s premier overnight Christmas gift delivery service, Santa stated, “in order to compete in this changing Christmas market place, we have to come to terms with the fact that milk and cookies alone can’t keep us afloat. We have to adapt in order to stop Amazon from overtaking us in the field of driving mindless consumerism.”

Rumors are swirling as to how Kringle Corp can reorganize and redefine itself. Kringle Corp has already failed with its “Naughty or Nice” lingerie line, and was unable to launch its sleep monitoring service amid negative consumer reaction to the tag line, “we know when you are sleeping.”

Candy McCane, the Chief Steward of the International Union of Santa’s Little Helpers, has expressed concerns over the possible closure of the Toys Division. “We elves have struggled through centuries of unpaid labor in unsafe conditions, and a 168 hour work week. Do people even remember the Beanie Baby riots or the Tickle Me Elmo massacre?…We find it awfully ‘convenient’ that on the eve of our first collective bargaining negotiations, the Jolly Red Oppressor is filing for bankruptcy.” McCane said.

According to Chief North Pole spokesperson, George Gingerbread, there are a lot of positive directions the struggling company can go. “Honestly, it is truly amazing that Kringle Corp has survived for 200 years without collecting a penny of revenue. This organization has survived world wars, recessions and the proliferation of knock-off mall Santas.

The Department of Defense and NASA have both expressed interest in the ability to travel around the entire world in just one night. “We may even win our lawsuit against Google for illegally tracking Santa on Christmas Eve and revealing our proprietary routing system to the world. Our future isn’t just bright, it’s Rudolph-bright,” Gingerbread said.

You may recall that Santa Claus has come under fire from the political left following the controversial decision to move President-elect Donald Trump to the Nice list for the first time in 68 years following his successful bid for the White House.

Although the North Pole maintains its status as politically neutral, there are concerns coming from the Association of Concerned Coca-Cola Polar Bears, that the North Pole should do more to stop the ice caps from melting. “One minute you’re eating an innocent, baby seal and the next moment you’re underwater. It’s awful. Also, we want Coke more than once a year,” said former child star, Gumdrop the Polar Bear.

Santa Claus has been active on social media following the big announcement and defiantly Tweeted, “even though 2016 has been a real bastard, no matter how tough the row, we will always find a way to hoe hoe hoe!”

2 thoughts on “Santa Drives Sleigh, Amazon Drives him to Bankruptcy”