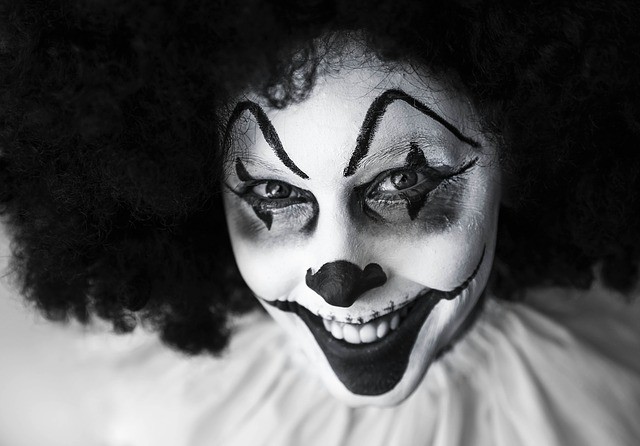 “CNN, the Associated Press, the New York Times, and all the other major news outlets in the United States kept taking Donald Trump much more seriously than I would have thought any curious and sane investigator would have a right to do,” said Gerald. “They kept listening to what Trump said at rallies or on Twitter and then they talked or wrote about it a lot, without ever mentioning the obvious truth. It dawned on me that a vast cover-up was unfolding.”

Gerald surmised that the American press was embarrassed by what Trump inadvertently was revealing about their political establishment. But instead of alerting Americans to the appalling truth or calling for the revolution that was evidently needed, journalists tried to treat Donald Trump as an ordinary candidate.

“Even when the cable news programs featured angry talking heads who were astonished by Trump’s audacity,” said Gerald, “hosts like Anderson Cooper or Don Lemon would always strive to retain decorum or were quick to inject some empty right-wing talking point to balance the proceedings.

“It’s like the emperor who’s strutting in public with no clothes on,” Gerald continued. “Who’s going to be brave enough to be a witness to the shocking truth? Who’s going to overcome the shame of living in a place where the grand emperor could be so vain and gullible that he’d mistake himself to be wearing fine garments that are allegedly visible only to intelligent people who deserve to keep their jobs? Who’s going to yell out, ‘The emperor has no clothes’? Apparently not the ‘serious’ American media: the absurdity was too much for them, so they turtled up.”

For weeks Gerald retreated to the confines of his basement, refusing to receive any news. “I thought maybe I was going mad,” he recalled. “How could I see the truth that was as different from what was being reported to millions of people, as night is from day? I mean, I wasn’t even in the news business! But even I could tell that Trump had knocked over the applecart and that anarchists should have been rushing up to him to thank him for proving their point: Western civilization is a sham. The most powerful country on earth is run by clowns in a circus and we keep stuffing our face with popcorn.”

Gerald was incredulous that political reporters would bend over backward to avoid denigrating the American political system. “Some anchorperson would be interviewing Trump,” said Gerald, “and I just couldn’t believe the interview always lasted more than five seconds. The minute Trump opened his mouth, any self-respecting journalist would have been obligated to say to Trump’s face–and for the benefit of the viewers–‘No, Trump, what you just said is retarded. Get the fuck off my stage, you psycho clown.’”

Political scientist Renaldo Blackenpuss, Professor at Pseudoscience University in Nowheresville, sympathizes with Gerald’s discomfort with the media’s treatment of the Trump phenomenon. “Corporate media figures are addicted to normality,” said the professor. “They’re not trained to uncover the truth; not anymore, at least. They’re trained to spin facts to sell a product to the beleaguered consumers, a product we call ‘the news.’

“Sometimes that involves distorting the truth to make it seem salacious, to titillate viewers so they’ll keep their eyes glued to the TV. Or it might mean ignoring complex truths, offering up puff pieces or scandals, because the news producers know that in their spare time consumers mostly just want to vegetate or to act like ghouls. Or it might require throwing a wet blanket on the truth, to protect the enterprises that fund the collapsing journalism industry through advertising or that give journalists access to heavy hitters who have that godsend quality of gravitas.”

“In hindsight,” said the professor, it’s become clear that “journalists only pretended to care about objectivity, because most professionals want to seem scientific.” When asked whether this charade affects political scientists as well, Professor Blackenpuss hemmed and hawed and fiddled with the collar of the lab coat he wore for some reason.

After the fiasco of the 2016 U.S. presidential election, Gerald set out to determine whether the American media were engaging in other cover-ups. “If our civic religion had degenerated to this extent,” said Gerald, “where our political pageantry and rituals mean so little we might as well be sacrificing babies on an altar to a sun god, what was our world really like? If the media could perpetrate a pretense of this magnitude, what else could they be hiding?”

What Gerald found shocked the world, earning him the Pulitzer Prize. Recalling his monumental discovery, Gerald said, “I simply looked really hard and then I saw it: the United States isn’t actually part of what we thought of as the North American continent. Instead, for all this time our whole country has been floating somehow, twenty miles above sea level.”

At his Pulitzer acceptance speech, Gerald was ambivalent. “When I first saw the astonishing truth,” he announced, “when I realized that night was day and black was white, the very next thought that came to me was: ‘Those bastards!’ How could journalists have missed such a basic truth that was right under their noses? Scientists could be forgiven, because they’ve made a trillion other discoveries.

“But what were American reporters blathering on about while no one realized the entire American landmass is physically disconnected from the rest of the planet? What video of cuddly kittens were they featuring instead as click bait? And what megaphone were they handing to an obvious narcissistic, sociopathic buffoon and senile conman like Trump?”

Near the end of his speech, Gerald urinated on the Pulitzer gold medal, but wasn’t shocked to see that the illustrious members of the audience ignored his protest. No outcries were heard. According to Gerald Humphrey, “they were fixated on the prize itself and on the system it represents which would lie in ruins were it not for our credulity.”