Luck be a lady tonight! For some people, wearing a certain pair of socks can be the difference between success and failure. For others, someone struck by lightning can statistically be struck by lightning again with no difference in the odds. Some people feel they are blessed with the luck of the Irish as though a Leprechaun has bestowed upon them a pot o’ gold, while others feel they have been born under a bad sign and have no luck. Some see the lottery as theirs for the taking, while others are convinced that, like with Murphy, anything bad that will happen is going to happen to them. Whether you believe in luck or just feel lucky not to be burdened by the deterministic universe, there is no denying the power of the phenomenon of luck. But where do our ideas about luck come from?

Luck Around the World

Since the days early civilisation, luck has played a part in our lives. Chinese culture is particularly fond of luck and has a series of ingrained traditions that play into the idea that our lives are controlled deterministically and that our actions can cause or prevent seemingly divine events. From the luckiness of the colour red to the number eight to the symbols of the dragon and tortoise, China has a habit of evoking as much luck as it can. But, it’s not alone as other nations around the world have superstitions and habits that that they swear by. Even in daily life we find ourselves conducting behaviour in such a way to take advantage of good luck – such as plucking four-leafed clovers, making a wish at 11:11, or saluting magpies – or prevent the presaging of bad luck – such as avoiding walking under ladders, breaking mirrors, and refraining from putting umbrellas up inside.

Have you ever heard of Violet Jessop? You may know her by her nom de plume, Miss Unsinkable. A ship stewardess, Violet managed to survive not one, not two, but three cataclysmic ship crashes. Violet managed to survive the sinking of the Olympic in 1911, a ship that was barged by another ship, the HMS Hawke, which was designed to literally destroy ships by barging into them. Shaken, Violet was persuaded to take a job on the White Star Line’s unsinkable vessel, the Titanic. But, in 1912 the ship hit an iceberg and while 1,500 people died, Violet lived to sail another day. And she did, in 1916, when she was working aboard the Titanic’s sister ship, the Britannic, which struck a mine and sank. Either Violet is the luckiest person in history for surviving three apocalyptic shipwrecks, or she is the unluckiest for boarding the three doomed vessels in the first place. The Human Lightning Rod, Roy Sullivan, a ranger of the Shenandoah National Park, faced a similar fate. Roy was struck by lightning seven times – and survived all of them.

The TV show Lost gave us an interesting example of luck, chance, and fate. A lot of the characters lives were linked together in examples of chance and fate. From chance encounters off the island to the luck of those on the island surviving the smoke monster, the Others, the plane crash, the time flashes, the Dharma Initiative, and Charles Widmore. But the most famous aspect of Lost’s luck was Hurley’s numbers, which went on to become lucky bingo numbers. Hurley played the lottery with the numbers 4 8 15 16 23 42 and won. But then terrible things started happening to him and he began seeing the numbers everywhere. Indeed, the numbers played an important role in the Swan station storyline of Season 2 and many fans wanted to know the significance of the numbers. Indeed, the numbers became so popular that many people began using them as lottery numbers and passwords. But, when the show concluded, the creators asked fans to mark any time they had seen the numbers in their real lives, of which the occurrences were many. Indeed, combinations of the numbers feature in life often, showing that perhaps some of the questions in Lost can be answered away by claiming it was just sheer luck. 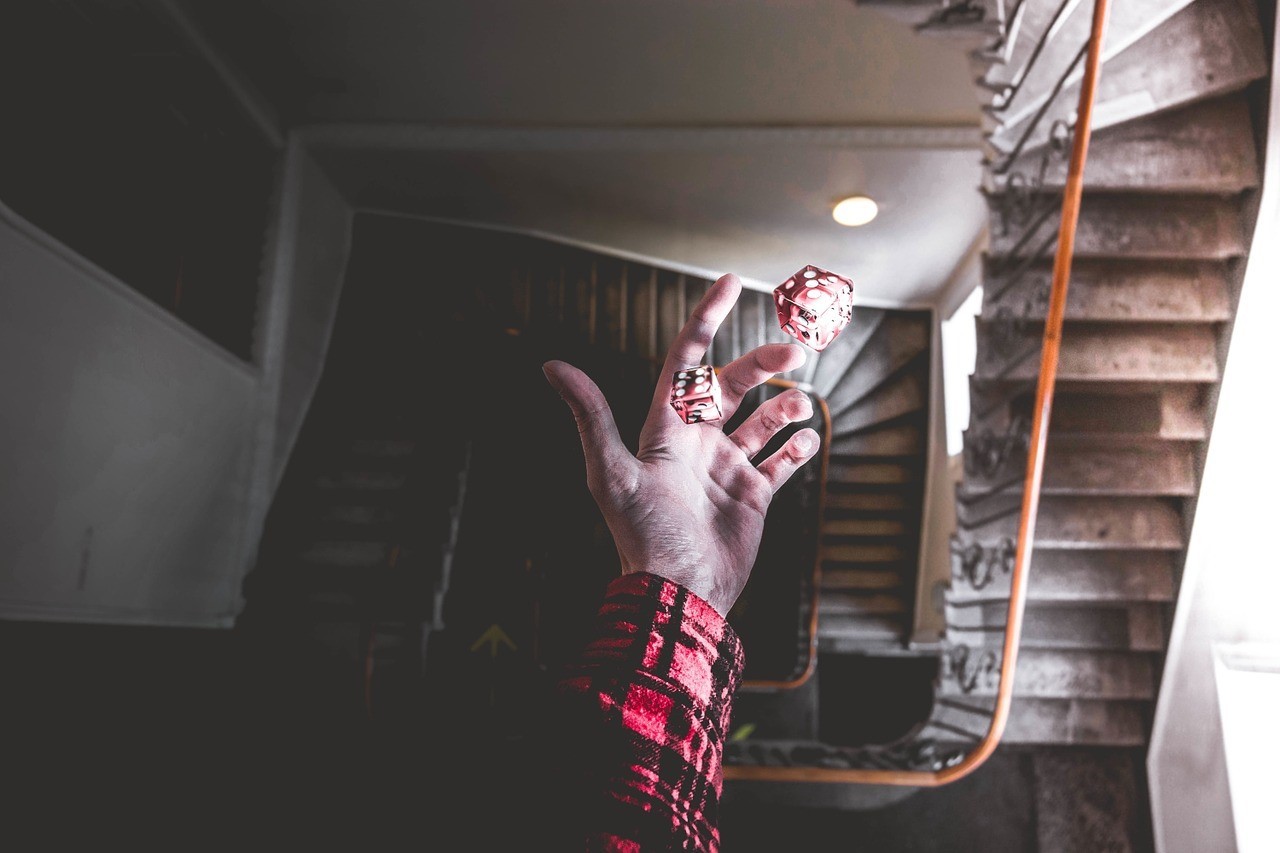 Source: Pixabay  Caption: Is it luck or is it chance?

Do You Feel Lucky, Punk?

For many, the logical idea of luck has been replaced by probability. YouGov found that only 13% (lucky for some!) of Americans deemed themselves to be superstitious, while a third claimed they would pick up a lucky penny if they found one on the street. There are reasons as to why people choose to believe in luck and why others eschew it for the scientific alternative. Luck is essentially a lack of control. The chance element of luck means that ultimately you have no say in events and if they work our in your favour, you have been lucky. Others take luck as a fallacy to heart – meaning that if X happens and then Y happens, they believe that X influenced Y. This luck is relevant for those who think wearing a particular shirt will make their football team win. Luck is also related to fortune – in that we can help promote positivity through placing meaning in symbols, objects and ideas. We ultimately know that magpies have no bearing on our day, but feel better for seeing two rather than one for the spiritual message this is sending us. Ultimately, there is evidence that luck acts as a placebo. If we feel lucky, we will be prone to seeing positivity over negativity, and vice versa. You are noticing it more because it is fitting into your schema that you are either very lucky or very unlucky.

Whether you believe in accident by design or think superstitions are silly, it’s hard to ignore the fact that luck has a huge part to play in our lives. People don’t play the lottery because they think they have a statistical chance, they play it because they feel lucky. While some occurrences of luck can be easily explained away, others, such as Violet Jessop and Roy Sullivan’s experiences are harder to rationalise. Everyone has anecdotal examples of a time when luck was in their favour or luck was drastically against them. Believe or not, luck definitely plays a part in your life.