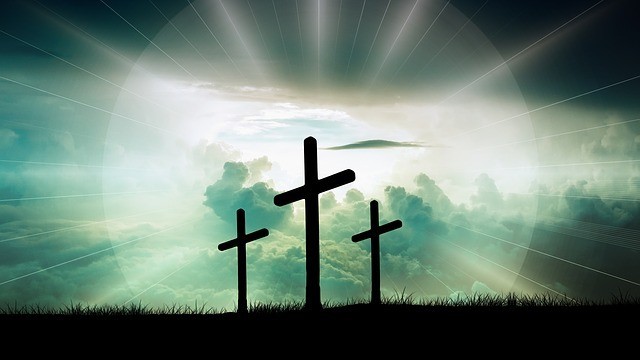 Dateline: CHARLOTTE, NC—Along with its more famous line of wristbands, emblazoned with the words, “What would Jesus do?” Dollars for Jesus, a Christian merchandise company began selling a mysterious alternative, a wristband asking its wearer, “What would an Iron Age yokel do?”

Christians who are evidently hard-pressed to know how to stay true to their religion in modern societies flocked to purchase multiple copies of the new bracelet, figuring that this must be an even more incisive way of testing a Christian’s authenticity.

“It’s hard to know what Jesus would do in today’s world,” says Christie Do-gooder, proud owner of both kinds of Christian wristbands. “It’s hard to get inside his head, because he was God. But if I do just a little historical research on the Iron Age, I can come up with real-world likelihoods of how your average Iron Age ignoramus would solve today’s problems. And that’s just what I did.”

Christie surmised that if an Iron Age yokel from Jesus’s time were transported to present-day America, the very first thing she’d do is defecate involuntarily, due to the terror of not knowing what on Earth would be happening all around her. Facing a tough decision in her office about whether to ask for a raise, she stayed true to her word: glancing at her WWAIAYD bracelet, she nodded her head knowingly, lifted her skirt up and dropped a deuce on the floor.

“Now there’s a fine Christian woman,” said her Christian officemate, Todd Flabbergaster who stood over her. Todd also struggles to make sense of the world from an ancient Christian perspective.

Horace Fraggleton, another Christian man, caught his wife cheating on him. He thought that Jesus would likely have forgiven her, but although he owned a WWJD bracelet, he happened to be wearing the one about the Iron Age yokel and so he threw stones at her head. Sitting in jail, Horace beamed with pride and said, “The authorities don’t understand, just like the Roman soldiers of Jesus’s day. So now I’m more Christ-like than ever before, thanks to the bracelet.”

A minority of Christians, however, became skeptical about the new wristband. Pressuring the media to investigate, undercover reporters at Dollars for Jesus revealed that the bracelet began as a hoax.

Leo Googolplex, an employee at the company, had only pretended to care about Iron Age morals and cosmologies but was actually an atheist. He intentionally added the new catch-line, “What would an Iron Age yokel do?” to a line of the company’s bracelets, telling his superiors that it was a misprint. But the new bracelet caught on and so Dollars for Jesus took credit for the idea and mass-produced the item.

Mr. Googolplex was unavailable for comment, but he was photographed on the street wearing a custom-made bracelet that poses a different question to its wearer: “How would a postmodern cynic toy with a Christian’s childlike gullibility?” Mr. Googolplex hasn’t announced whether he plans to market that wristband.

4 thoughts on “Christians Buy “What Would an Iron Age Yokel do?” Bracelet”