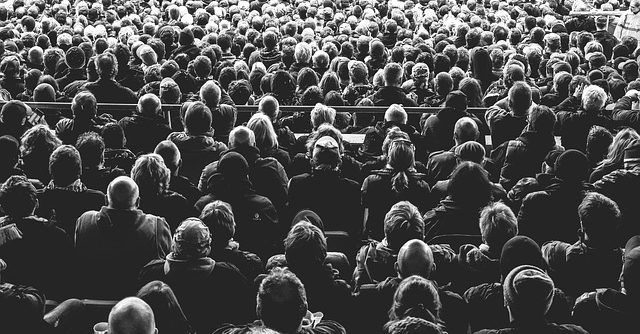 It’s true, Hollywood comedies believed that when blacks were confronted with whites the only thing they could think about was how to off whitey. So for proof, I’ll give you a few examples from that shameful era of film making.

So let’s start with the movie that kicked it all off, Animal House. I know what you are thinking, Animal House? That movie was awesome. Bluto, Flounder, Otter, and the boys didn’t have a racist bone in their bodies. They just wanted to get drunk and get laid!

Yeah sure, OK, but then there was that one really racist scene. You know when Otter, Boon, and the boys accidentally take their dates to a club where all of the clientele are African American. Of course, as soon as the boys walk in the previously all black club everybody stops dead in their tracks to stare at the white people. To which Otter leans over to his friends and says “we are all going to die!”

Of course, they are Hollywood. A bunch of black people out for a good time suddenly turn into murderous psychopaths upon the mere sight of white people. Makes perfect sense. Boon soon has a switchblade pulled on him and another black guy rips a bolted down table out of the floor before the white guys run from the building . They then use their car to smash their way out of the parking lot to save their own lives from the crazed black people. Seriously Hollywood? And you didn’t need to have Flounder yell “the negroes stole our dates” on the way out either.

Shame on you Hollywood. I know what you’re thinking, that’s just one example. OK then, what about Revenge of the Nerds? Hollywood uses the same murderously intentioned stereotype about black people. You’re thinking LaMar? No way, I loved that guy! I know, I loved LaMar too. He was awesome. But remember the end of the movie? When the nerds win the homecoming carnival over the bad guys’ all white football team Yes, probably the only all white football team left in America. And then the football team squares off on the nerds only to be confronted by a large group of black people. Now the black people could have showed up to celebrate the nerds’ victory with their fellow tri-lambs, or maybe they showed up to try some of Booger’s epic whacky weed, but nope.

Remember this is Hollywood. The group of black people showed up for the sole purpose of giving whitey a beat down. You’re now O for 2 Hollywood.

And finally we have Back to the Future. Remember the black band playing at the Enchantment Under the Sea dance? They take a break and they are chilling outside in their car when bad guy Biff’s henchmen decide to throw Marty in their trunk. Now the band seems like some pretty laid back guys. Just a bunch of guys taking a breather after a set and probably wondering why Marvin Berry’s cousin Chuck can’t hook them up with a better gig than a high school dance, but whatever. But, as expected, when the bad white guys show up, we see Hollywood’s real purpose for having a group of black people in the movie. The guys quickly go from being just a bunch of musicians just trying to earn a buck to their expected roll of white people terrorizers as they tear off after the henchmen.

Now you can argue that Biff’s guys deserved a bashing, but could we have just had one comedy when black people just got to be part of the story instead of being used as a comedic prop to scare white people? I give up, Hollywood!

2 thoughts on “The Time Hollywood Was AFRAID of Black People!”