Hence more “available” (sorry, desperate), than other more pretentious figures, who might arrogantly turn down their nose at the chance to become Labour leader. 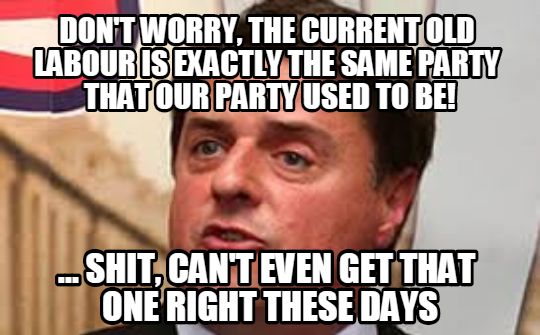 (And if you are gay, Jewish, and have recently arrived in the UK and converted to Islam, he probably hates you even more).

2. Because of this, Labour might struggle for votes if people started arbitrarily and unjustly presuming that Labour’s policy of patronizing and “sympathizing with” subaltern individuals were somehow mendacious and insincere, as elsewhere in the UK political scene.

3. Exiled from the BNP by the “Wigton Soviet™.” So, at least a marginal chance that he’s a bourgeois revisionist, rather than a Fairly-Consistent-Within-Reason-Non-Deviating-Left-Wing-Ideologue™. 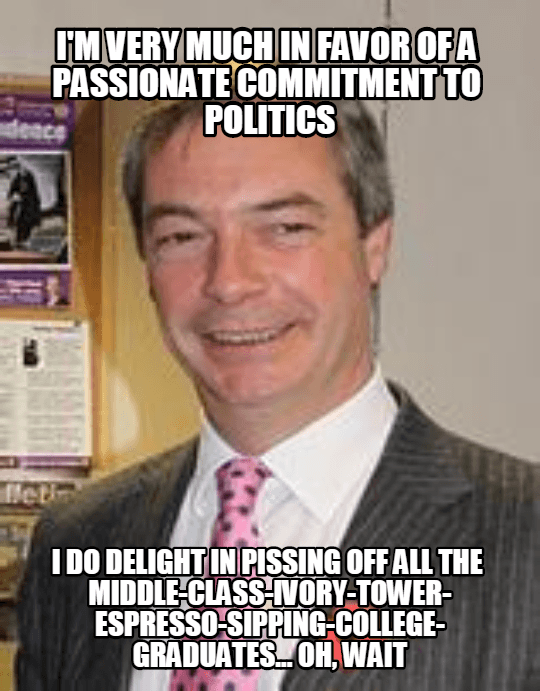 1. Leader of radically discredited (and ever more so) protest party which thrives on inflammatory rhetoric and whipping up people’s fears and anxieties, instead of facilitating coolheaded discussions of serious topics.

Note: I originally made this one a “con.”

… But then I remembered that the foregoing is also true of early 20th century Leninism.

2. Succeeds immeasurably better than any Labour figure in history at presenting himself as a Salt-Of-The-Earth-Man-Of-The-People/Man-On-The-Clapham-Omnibus™x1000.

1. Isn’t ACTUALLY an Average Joe after all…

… Still, never stopped any Labour leader before, has it?

2. “Witty and charismatic™” figures are unacceptable to the Labour faithful, who invariably prefer figures such as Foot/Balls/Miliband/Brown. 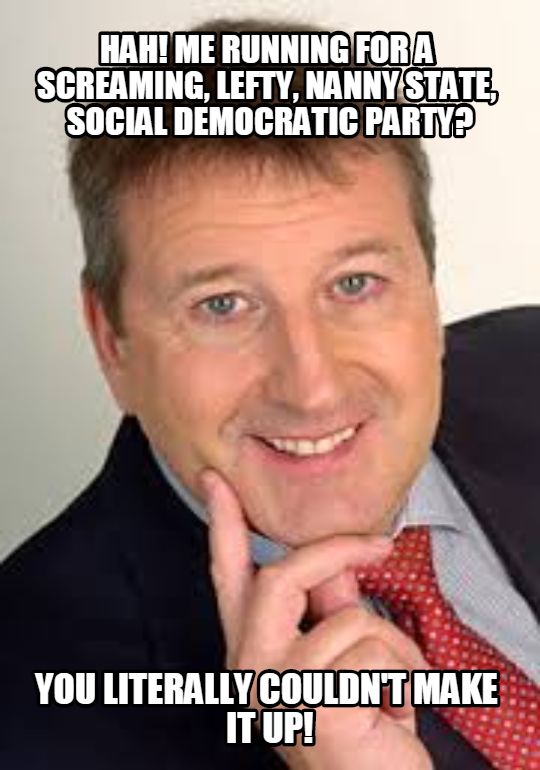 1. Quick-witted, wisecracking, satirical journalist. Would be a “commanding” presence on the international stage.

1. Most prominent left wing figure in the UK today…

Much more so any currently living (or even dead) Labour party members.

Except he doesn’t advocate bombing the crap out of children’s hospices and maternity hospitals in the Middle East.

1. Unless I’m a bit of a biased square and am missing something, he doesn’t seem to understand f*** all about politics and economics…

Although in fairness, that’s never stopped anyone before. 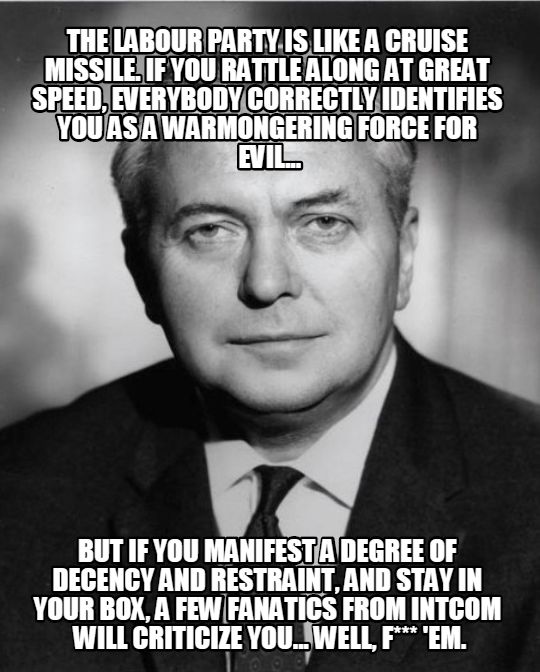 1. Actually managed to get elected as Labour PM in the past. (That’s a start, isn’t it?)

2. Not a warmongering humanitarian interventionist shitbag.

1. Hence, has no chance whatsoever of leading any UK political party.

(FFS, another dead politician… really scraping the barrel, aren’t they?)

Oh, speaking of which…

Huh? No idea how that one slipped in there….

Julian™! You pwnking on me again? Got any more sensible, half plausible ones, like before this one started going downhill?

Yes… that’s more like it. Behave yourself in future. 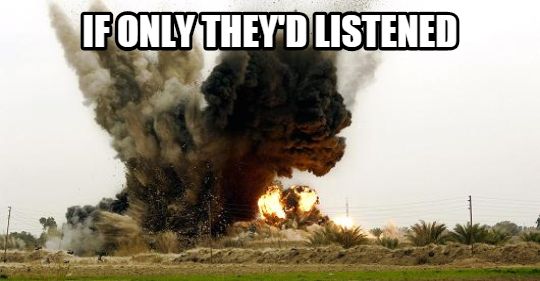 1. Made very powerful enemies in the UK establishment. 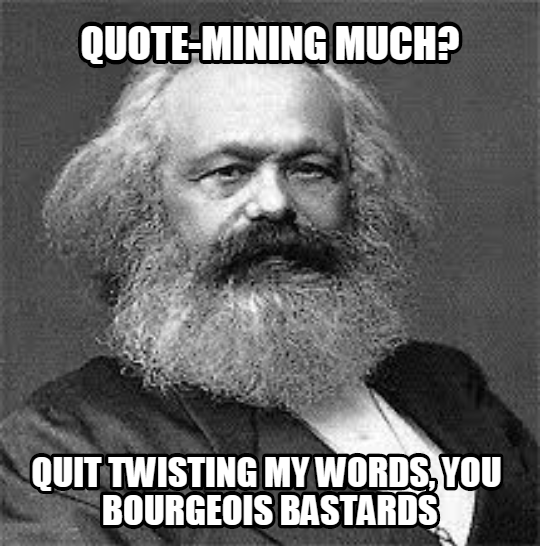 1. Identical to Blair in his cynical and colossal disregard for human suffering…

Particularly all suffering for which he was directly responsible (or rather, guilty). So probably a single-termer only. 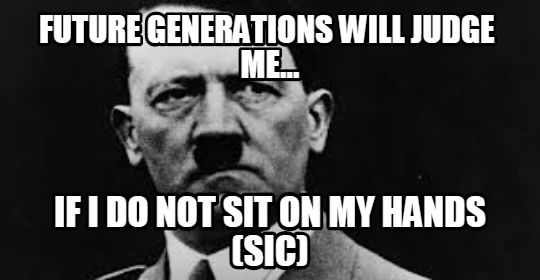 3. Like Blair, a strongly interventionist leader who “couldn’t just sit there™x10,000.” Like Blair, believed that “History” would be his judge.

(Admittedly, History has already made resounding judgments on Blair and Hitler… and quite rightly, not remotely favorable ones).

1. Like Blair, his strongly interventionist “ethics” (or “anti-ethics”), led to the torture and death of countless innocent individuals…

And like Blair, Hitler was never brought to justice for his crimes. 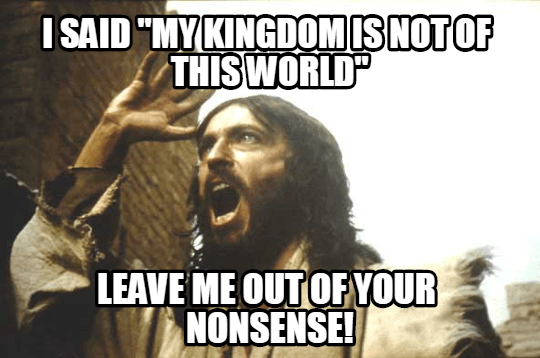 Morally principled. Cared for individuals, in light of their equal intrinsic value. Avoided instrumentalizing them for cynical and oppressive causes.

1. Morals and ethics have nothing whatsoever to do with Labour politics…

Nor indeed, the ethos of any political party that I know of in the history of the world.

2. The world has already had one Blair inflicted on it. Do we really need another Messiah figure? 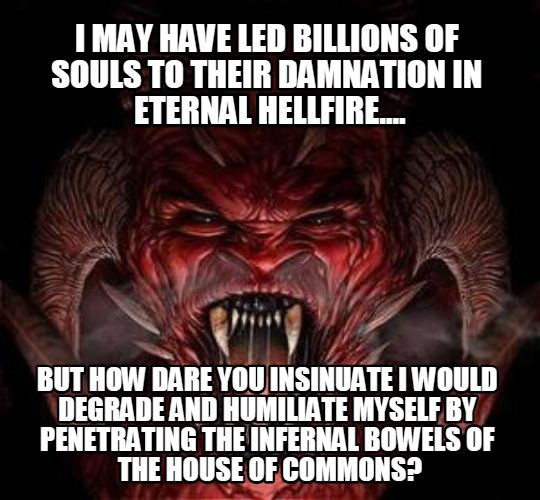 Like his fellow neocons, Satan cynically grasps every opportunity he can to harm others in the name of a purely fictive and illusory self-interest. The ultimate UK politician.

1. Satan would be unbearably insulted at the thought of lowering himself to join a UK political party. 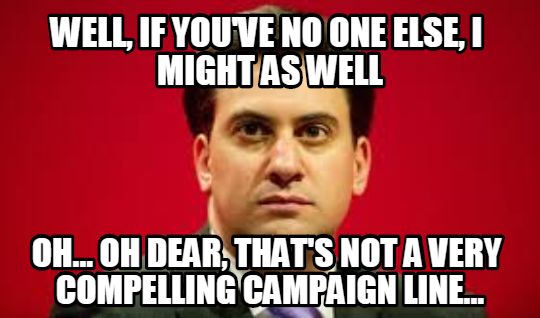 1. Keep-It-Simple, Stupid (KISS). Looks like there’s no viable candidate to replace Miliband after all.

1. Miliband’s campaign will be wiped out at the polls.

Best stick with the Devil you know. 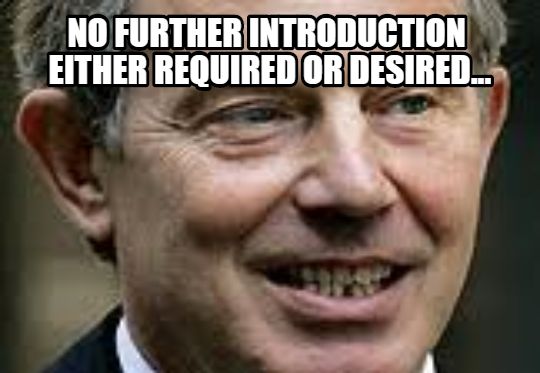