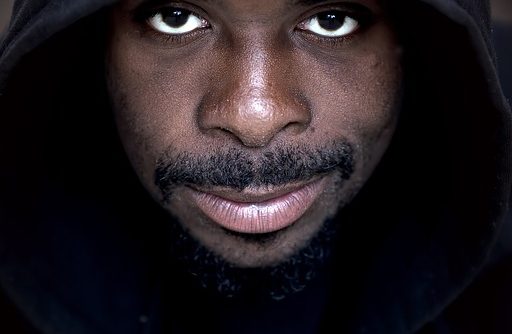 The child’s equally surprised father James Francis, a soldier who had been away for a year serving on a military base in Afghanistan, found the black baby at home when his unit cycled back to Fort Bragg in late October.

“Hell yeah I was surprised when I walked through the door,” “says Francis who describes himself as a cool guy with a great sense of humor. “I thought it was just another practical joke like when I came back from Iraq in 2004 and my wife said she had AIDS and we couldn’t have sex.”

“I see no reason not to believe her as those 3-D movies are very lifelike these days. I mean, with the technology today, anything is possible,” said Sgt. Francis who registered the baby as his with local county officials.

Sgt. Francis said a name for the little boy was ‘still up in the air’ and they have considered ‘Howard’ or possibly ‘BankShot’.

“A month after the movie I knew I was pregnant. I am going to sue the cinema and producers. Luckily, my husband believes me. It could have wrecked our marriage, but he knows I’m faithful to him.”

Her husband thinks she sat way too close to the screen and wants theater management to post warning signs in the future.

Hello, I'm Bargis Tryhol and currently live somewhere in the southern part of the USA. I have been writing humor for quite a few years and love to make fun of the liberals who in recent years seem to be falling by the wayside in droves. My online following is fairly large now, so a big 'shout out' to all who have embraced my lopsided humor. I do appreciate the support. You can visit my website Satire World for more outrageous humor.... SatireWorld.com Comments or retribution? Bargistryhol@aol.com