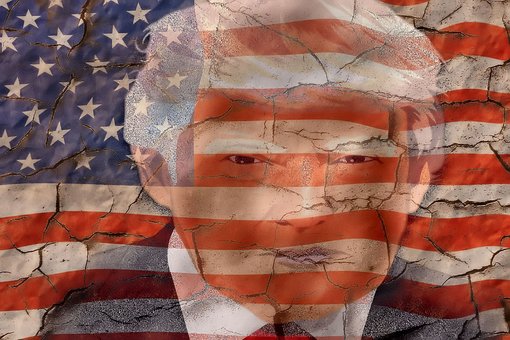 Commandant Trump, expanding his power over we serf’s everyday life in keeping with his expanding ego, has taken it upon himself to rewrite the Pledge of Allegiance, a cornerstone of American heritage. His version, ghost written by Kellyanne Conway with content and spell-checking by Ann Coulter, differs greatly from the Pledge of Allegiance we all grew up with. Trump states that it “better reflects our current times and realities” (content and spell-checking also by Ann Coulter).

The new Pledge OF Allegiance as re-written and now copyrighted by President-Select Donald J. Trump is as follows:

I pledge my servitude to the Flag
of the divided states of America
and to the oligarchy which now controls it
one nation with a supplemental Central American population under our Lord Trump
highly inflammable,
with liabilities and repression for all

Christians at first chafed at his dropping of the name of their God and the change to “Lord Trump”, but after convening decided that it was OK as long as it kept their side of things in power.

Certain members of the Republican Party were also opposed to certain sections of the new Pledge, but they were quickly ridiculed on FOX News and their corporate sponsors and quickly fell back into line.

The Democrats were allowed no say in the matter and those that did open their big mouths suddenly and mysteriously disappeared.

This author will probably also suddenly and mysteriously disappear as well because of this article.