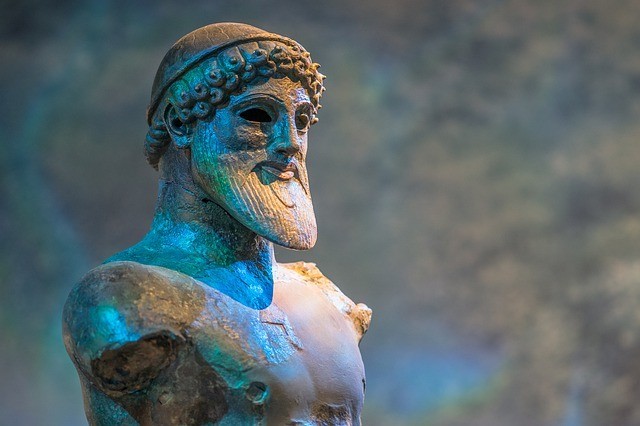 Dateline: WASHINGTON, D.C.—American democracy has been badly injured and is in hiding as a result of Donald Trump’s being elected president of the United States.

There have since been scattered sightings of Democracy across the country. At midnight in Pasadena, an elderly woman reported seeing a battered, hunched figure with a mangled face, crawling in the alley behind her small house. The creature claimed to be none other than Democracy itself, the very creature that had formerly appeared angelic to the nation.

The humanoid begged for water and to be sung the national anthem, “to keep my spirits up,” as it croaked, but instead of obliging, the woman kicked Democracy in the groin and spat on its blistered head.

“You’re American Democracy and you have the gall to show your face in public, even in a filthy back alley like this?” she said. “When you’re responsible for inflicting us with Trump? Trump?! You were supposed to be meritocratic!”

Democracy slinked away, avoiding further blows, but not before the woman had her daughter take a picture of the creature. The photograph made headlines when she sent it to the local newspaper.

The creature was sighted next by a father and his young son, in New York City. “It was just lying on its back on the side of the road,” said the man. “It looked like a cross between a big lizard and some sort of demon, with twisted, ragged bat wings, a bulbous head and a hunched back. Its scaly hide was bruised all over and blood was flowing from its ears and its gaping maw.”

The boy ran up to Democracy and offered it a sip from his juice box, but his father pulled him aside and said, “Not so fast, son. That there’s Democracy—not a functioning government’s version, mind you, but the made-in-the-US kind. It’s dead to us now.”

“But why can’t we help the poor monster?” asked his son. “It’s bleeding and gasping for air. It should be on life support in the hospital.”

“This is what it deserves for lying to us for centuries! We were supposed to have the best political system in the world, devised by the genius framers of our Constitution. Some geniuses they were! The Electoral College was designed to prevent a demagogic buffoon from becoming president, but it did just the opposite, denying the moderate Hillary Clinton victory even though she won the popular vote by millions.

“No, steer clear of the traitorous freak, son. We’ll have nothing more to do with American-style democracy. But you can kick its belly if you want.”

Some months later, in Youngstown, Ohio, a trio of middle-aged white men who supported Mr. Trump came upon the hobbling and wheezing figure of Democracy.

Clapping the creature on the back, one of the men said, “See, you’re just wounded now, but don’t worry: Trump and Bannon will finish you off for good before their first term’s up. Serves you right for all your related platitudes about the glories of free trade and globalization! Trump proved the centrist, neoliberal pundits and pollsters and your other guardians knew nothing and were phonies all along—just like the dream of American democracy itself, when our government is effectively a plutocracy that serves only the richest ten percent.

“No more lies out of you, infernal beast!” The man slammed Democracy against a brick wall, shouting, “You’ve shown us your true, hideous form. We can’t wait for patriotic fascists to take American power from the bureaucrats and bankers and give it back to hard-working real Americans, like how Putin saved Russia from the outbreak of liberty and the rise of corrupt oligarchs under Yeltsin.”

Briella Lamonte, lecturer at the Machiavelli Institute, in Lick Skillet, Tennessee, isn’t surprised that Democracy is on the run. “The myth of Democracy needs to be fed like the gods of old,” she said. “A myth dies when it has few if any to worship what it stands for. For decades, America has had the lowest voter turnout among developed nations. We have gerrymandering, voter suppression, and a revolving door between the public and private sectors, as well as hundreds of millions of dollars flowing into the political system and only two measly, pro-establishment parties that ever have a chance of winning.

“And despite what the myth promised, that maximum personal freedom would benefit the majority, few Americans believe it anymore because they’ve seen their towns crumble and their wages stagnate, even while the military tried to rebuild Afghanistan and Iraq, of all places, or while Obama gave the Wall Street bankers a green light to keep holding the economy hostage.

“American democracy isn’t what we thought it was,” she added. “It’s actually a terrifying disgrace and the public have a right to shun it. They don’t vote anymore, or if they do they hold their nose or send the power elites a self-destructive protest in the form of a psychopathic ignoramus like Trump. So yeah, maybe we’ll catch sight of Democracy now and again, like Bigfoot or the Loch Ness monster. But I don’t think American freedom can survive much longer, not after it’s spoiled the mirage by giving us the Bush and Trump fiascos.”