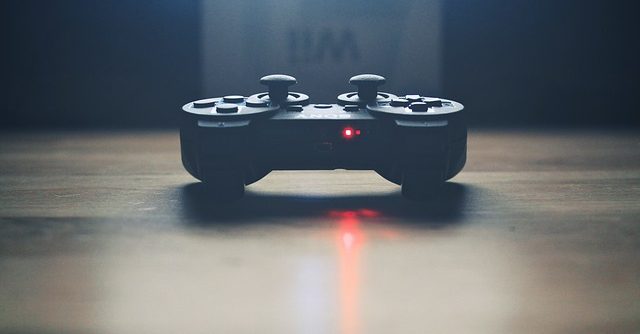 This past year has shown nothing but turmoil within the online video game community, from developers not being shy of criticism to developers like Bioware simply not caring about the quality of the games they put out.

However, one recent issue has stolen the spotlight for quite some time, and that issue is exclusivity, specifically platform exclusivity.

Platform exclusivity has been a controversial practice since video game consoles were a thing, the issue reaching a tipping point with the Xbox 360 and PlayStation 3.But this trend of hating exclusivity seemed to pass and no one really…cared. However, developers Epic Games, who are most famous for their work on Unreal Engine and Fortnite, have sparked a brand-new controversy this past month with their new video game launcher.

Breaking Into a Monopoly

There are many video game launchers on PC: Steam, EA Origin, Battle.net, Uplay, and GOG being the most popular. While a large number of launchers means the absence of a monopoly, most people who play video games end up using Steam the majority of the time, as it offers a functional, simple experience.

But Epic Games decided that, due to the success of Fortnite, they’d compete against Steam, so they released the Epic Launcher. This went about as well as you expected.

Once Epic released their launcher, there was a bit of backlash, but nothing out of the ordinary. However, once Epic pulled out their ace card, the Internet went wild.

No one could compete against Steam in a fair launcher war, especially Epic’s, since the Epic Launcher lacked cloud saves, a cart, a search function and vice versa. To this day, the launcher still lacks some of these features, though Epic promises the addition of missing features and has worked hard to improve the launcher.

However, my point still stands that a fair fight wouldn’t benefit Epic—or any launcher, for that matter. So, to even the odds, Epic dove into their profits and started paying developers for launcher exclusivity: games that are only available on their specific launcher for either a specific amount of time(3+ months) or forever.

A popular example is upcoming game Borderlands 3, which is in a 6-month exclusivity deal with the Epic store, that caused quite a bit of backlash.  Video game Metro Exodus dealt with the same backlash, and so have many other games, but why? Is downloading a free launcher the end of the world?

The Problems of Exclusivity

Many would argue that exclusivity, whether by launcher or by platform, sets a dangerous precedent on allowing a monopoly. While I agree to an extent, I believe that Epic competing against Steam prevents Steam from gaining more footing on the launcher landscape, motivating Valve, the company behind Steam, to actually improve their launcher.

However, many also argue that competition is fine, and so is exclusivity, but it shouldn’t be Epic. Why? Well, Epic has known ties to Tencent, a China-based company that is known to work closely with the state. This begs the question of whether gamers’ privacy is guaranteed at all even when they’re on a VPN. Also, Epic isn’t the best at security, as hacking ran rampant, who will be there to take responsibility for breaches?

But let’s forget Epic for a second and focus on exclusivity overall. Is it bad? Personally, I don’t believe so.Exclusive video games are the only ways consoles can compete against each other, barring subpar performance differences. Would you have bought a Wii all those years ago if the Xbox 360 had the same games and same features?

However, the ethics of buying your way to the top, like Epic, is…questionable at best, but again, playing fair against major, cemented products or platforms in the tech industry is equivalent to a death sentence. It’s not pretty, and the consumer isn’t going to benefit in the short term, but competition is an ugly but necessary practice in any industry, and palying dirty comes with the territory.