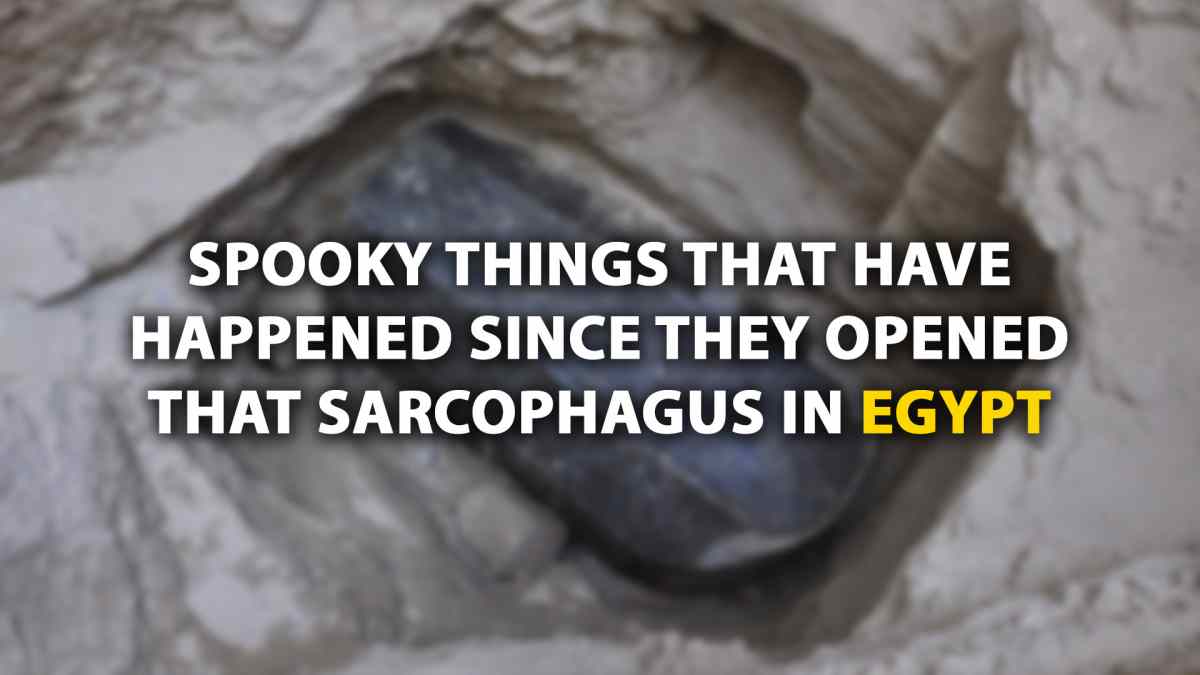 Archaeologists recently discovered a sarcophagus in Egypt and from then on, it’s been spooky to spookier. Inexplicable stuff has been happening.

First off was the term sarcophagus. No, not oesophagus and again no. They are not related. I have no clue what that spooky term means and I wasn’t interested. I had to take a look at the mirror to make sure I was in the right frame of mind. Next thing I see is a woman’s face in the mirror. I almost dropped to the floor in disbelief.

Thank God it was my wife. Anyway, we had a planned dinner date and so, we had to leave. We were starving. At the restaurant, for some reason, the waiters kept ignoring my orders. Instead, they kept asking me whether I’d have some drinks. All the while telling me “Sorry, this is an Indian Restaurant. We don’t offer steak”.

It didn’t stop there. In the estate, the animals appeared to act rather strange. Last night, under the bright light of the full moon, two dogs suddenly burst into choir mode. Howling at the empty sky and I was so sure that they had spotted an evil spirit. I had to calm my nerves with a game of Inspector Gadget from my phone, but that wasn’t going to prepare me for what was going to happen next.

For some weird reason, the lights went out. I say weird because it only happened at my house. I almost wet my pants. “Did the evil spirit suddenly turn my home into the haunted house?” I asked myself. It literally took me a whole 5 minutes to remember that I hadn’t cleared my electric bill. What a relief!

You see, since this sarcophagus was discovered and opened, I lost a whopping 10 twitter followers. What? That’s not something to be concerned about? Well, it is to me. I have been uploading the same cat photo every evening.

That’s not all. For the past few days, I’ve had this continuous twitch in my ear. I even cam the conclusion that the spirits were trying to whisper something into my ear but ignore it. I always pass by my friend’s coffee shop every morning to get a quick one. However, this day I walk in and sat down with my online scratch cards, I notice that my favourite barista isn’t in.

So, I decided to find out. “Hey Peter, where’s Kate?” No one responded to my question. They always paid attention to me. But, I blame the sarcophagus for this. Before they would always tell me that “Kate enrolled at a university and she had to leave. If you continue asking that question again, you’ll be talking to yourself.

Remember the voice I told you about earlier, well, it grew louder because my ear has been twitching more. More like hurting my eardrums and such. “Would you just stop talking about the sarcophagus for once! You could at least play something to get these thoughts off your mind.” The voice was quite angry. Next thing I knew the voice had disappeared.