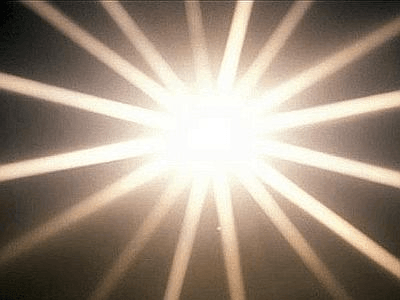 [The homeless old man, Rashad the Cackler is back with another rant. Enjoy as he spills his guts to passersby on a big city, American street corner.]

Laugh at the homeless wreck of a man who stands before you! Wrinkle your nose in disgust at the rags I wear, coated as they are in weeks-old urine, vomit and body odour. Mock me for my failure to lie for a living in your warped rat race. Here I am with no family to weigh me down or bind me to your monstrous society. Look at me and see the outsider, the scapegoat hurled into the wilderness who survives the void and returns to you with unpleasant news.

Mock me, will you? You upstanding believers in imaginary gods? Have you really no inkling that your pride rests on a laughable jumble of errors? You presume the common wickedness in your barbaric nation is excused because your gods permit it as a means to a greater end. That the secular progress which depended for decades on Third World slavery, which is creating legions of bitter anti-globalists who’ve lost their jobs to more productive machines, and which is busy killing the planet—that this marvel of neoliberal ingenuity is only leading more swiftly to the second coming of Jesus, who can now no longer tarry since only supernatural wisdom can extract you from this mess you’ve made. That only God can heal the world you’ve polluted with your sins.

You imagine that a Jewish hippie who supposedly was executed two thousand years ago was really God in disguise, and that that puritanical anarchist, mystic, and pacifist who failed to stop Rome’s oppression of the Jews, because he thought love could conquer the planet—you’re actually convinced that that deluded victim of imperial brutality would reward you champions of American imperialism? Have you forgotten that the American hippies became disillusioned and drug-addled before selling out their ideals as the yuppies of the 1980s? Would you really be astonished to learn that had Jesus been allowed to grow up, he too would have sold out the ideals of his youthful naiveté, succumbing to the temptations of social power like any other cult leader? Or are you truly unaware that Jesus is, in any case, just a fictional character in a work of blatant propaganda for the Christian religion that effectively sold out Jesus’s values on his behalf? The meek little lamb of Jesus: mascot for the Church that spread its good news by the sword.

This is the God you Western fools claim to worship, the one who couldn’t stand the sight of us wayward mortals proceeding headlong to disaster in hell, and so he clothed himself in human flesh to show that he wasn’t some monotheistic abstraction, that he could understand our plight firsthand. Only instead of thanking God for going that extra mile, the Jewish and Roman powers hounded him, spat on him, and nailed him to a cross as a common criminal. What’s the lesson, then, of Christianity? That after we demonstrated the corruptness of our souls, by failing to recognize God’s humility and love for us, we should follow the lead of those first Christians and proclaim Jesus our lord and saviour? That we should be thankful for God’s unconditional love? What, I ask, is the value of such love that holds up Adolph Hitler as being inherently equal to Mahatma Gandhi? If nothing we do matters, because God can forgive all, how can it be just for him to punish unrepentant sinners for eternity? How can our actions be simultaneously meaningless and all-important? And wouldn’t Jesus, in any case, resent our having spurned him in Judea? Isn’t that the point of Christianity’s unforgivable innovation, the doctrine of hellfire? How can God be so loving as to be able to forgive even the sins of Hitler, and so vengeful as to punish nonbelievers forever in hell?

I’ll tell you the true meaning of your religion’s evident grotesqueness. This great religion of humanity that boasts over two billion followers was literally cobbled together by various political committees that, for example, canonized certain texts and anathematized the Christian Gnostic ones. And your religion was tainted from its inception, since its primary purpose has always been to make excuses for the absurdity of its founding narrative. The gospel’s implicit message is that Jesus’s values have no place in this world and that God’s love of humanity is a sham, which is why enlightened Christians feel no shame in compromising with every ugly secular expectation. You ignore God with your selfish behaviour just as God’s refused to return like he supposedly said he would, centuries ago.

And you wear the cross around your neck as a symbol, as though Jesus would want to be reminded of our failure to have risen to the occasion of his incarnation as a man. All parents make excuses for their children’s imperfections, but show me a parent who would reward her child in heaven for having murdered her with a gun and for having gone as far as to celebrate the make and model of that weapon, to wear a carving of it on a necklace and to hand down the hallowed tale of that child’s evil so that billions in the future could wonder at the alienness of that parent for having had such a depraved child in the first place. Show me such an inhuman parent and I’ll show you one who deserves to have her children taken from her by the state.

Oh, but Christians are models of humility, you’ll say in your jumble of follies. Where’s the humility in humanizing the unknowable nature of ultimate reality, in worshiping a god with a human face? Where’s the humility in indirectly worshipping yourself? Jews forbade images so that they wouldn’t be tempted into trivializing the absurdity of worshiping an inexplicable singular source of all being. To construe this source as a man rather than a woman, or as an eagle or as the sun or as any other natural form is to be liable to miss the point of religion, that we shouldn’t trust our cognitive faculties when it comes to making sense of ultimate questions. We should stop trying to figure out the answers and should surrender to the irrationality of some comforting faith so we might at least stave off the threat of madness or prevent our being ostracized as relentless naysayers.

But no, you foolish Christians want it both ways like the spoiled Americans you are: you want God to be wholly of this world, as the man Jesus, and also for God to be the transcendent power of Yahweh. You want to marry pagan polytheism to Jewish monotheism, and then you brush off the ensuing incoherence as a hallowed mystery of God’s ways. You want to be respected for holding the moral high ground even as your idol Jesus shunned the limelight, spending his days in obscurity with the underclass of illiterate fishermen and leprosy victims. You chant “USA! USA!” as though a Christian nation shouldn’t be too busy spending its last penny to help poorer nations even to take a moment to think about itself.

So now we approach the putrid core of your derangement, you upstanding citizens of the free world. You’re obviously Christian in name only. Jesus isn’t your true god. You worship money, sex, and war; but most of all you worship at the shrine of yourselves. You bow before the illusion of American greatness. President Trump’s villainy is thus a fitting tribute to your collective greed and narcissism. Just as you sneer at the homeless victims of an unfair world, scapegoating the marginalized as though anyone should be proud to be a member of your cruel and clueless society, you pretend you’re represented by Jesus and are as innocent as he was. You’re the worst kind of narcissists, too afraid to acknowledge your selfishness, too cowardly to face the hideousness of what you’ve done so you succumb to the lunacy of mistaking your reflection for a revelation from the beyond.

And as for you secularists who are properly embarrassed to be associated with a traditional religion, whence your humanist pride? You who understand that the universe is godless, that reasons and order are human presumptions and preoccupations, and that even scientific truth must therefore amount to mystifying, undeserved, transient power over a sliver of nature—you nevertheless succumb to pitiful substitutes for God-based ideologies. You worship personal freedom or the state or technological progress. Granted, those achievements are at least tangible rather than being obvious fictions or misunderstandings. But any worldview in which plain human happiness is a worthy goal must be based on a gross misapprehension.

You fail to reckon with the horror entailed by God’s absence. So you, too, are appalled by the nuisance of homeless vermin, by the inconvenience we present as we beg for change and slow you down on your way to work. You shouldn’t have to put up with such signs of inefficiency when in the enlightened, modern world, Reason can make all the trains run on time. Like the hopeless pseudo-Christians, you fail to recognize your reflection in the mirror. Behold this homeless wreck of a man who stands before you, this outcast loser in an amoral world! How is our sorry species any different in the cosmic scheme, any less alienated or disheveled or hapless in the long run? Why should you take pride in your advantages and accomplishments when all of human history is heading inevitably towards oblivion, when you’re all as homeless in the universe as I am on earth?