With good ol’ Saint Hallow’s Eve fast approaching, it’s time to think about the trick and/or treaters who will soon be knocking on your door fresh-faced and pre-diabetic.

You can make a ton of friends by handing out full-sized candy bars or silver dollars, but that adds up quickly and it still won’t spare your house from egging. Not being a Phys Ed teacher is usually enough to ensure that. If you’re planning an amazing Halloween costume then we strongly suggest that you get some Halloween contacts as these make your costume so much better.

So what are the best & worst things to give out this Halloween? It may surprise you but the best and worst are one and the same. 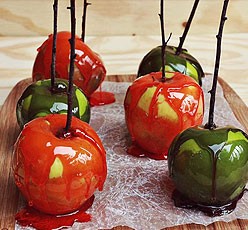 Remember these from your childhood? If not, remember them from your adulthood. They might tear out the odd loose tooth (you’re welcome, Tooth Fairy,) but the very sight of them is enough to elevate your blood sugar. Whether candy apple or caramel dipped, these treats are big, premium items, and will easily be the most fresh fruit kids will get this month.

Go fresh or go home. Dip them around 5:30 to 6:00pm and count on placing them unwrapped in childrens’ bags while they’re still hot and fresh. Sure, it will stick to the other candy, but plastic is easy to clean. 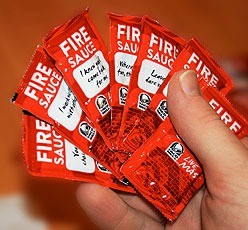 You know those kids you get at your door who are much too old to be trick or treating? They know they are, which is why they don’t even bother to wear costumes.

These kids don’t want candy, their tastes have matured far beyond that point. So give them something more age appropriate, you know, like Taco Bell Fire Sauce packets. Best of all, these caliente giveaways are essentially free at your local dispensary grande. 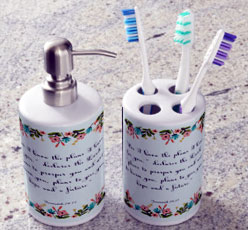 There’s no way you can go out on Halloween without picking up a toothbrush and a Bible-themed goody. Don’t feel bad for the kids, just get it out of the way by giving it to them early and often. 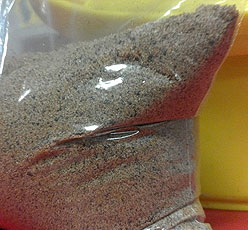 If you’ve ever gotten the chance to take a weekend vacation to the beach, you know how fun, relaxing and memorable it was. Why not bring that home to the kids in your neighborhood by handing out small bags of sand from beaches they’ve likely never seen.

Nothing will give them more pause than to wonder which beach it came from and why it’s so important. This memorable goody will leave a lasting impression on them, and one which they may think back on every time they go to any beach in the future.

Isn’t that what childhood is about, making memories? 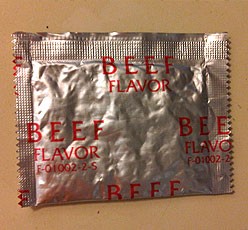 My first Halloween as a homeowner, I was caught off guard. As we were about to leave for a party, there was a ring at the bell and we couldn’t imagine who it was at the early hour of 5:45pm, but it was a poor, misfortunate child in clever costume.

I apologized and made my way back to the kitchen to find goodies, but I had none. I grabbed a Top Ramen and called it good enough, inconspicuously dropping it into his bag… until my buddy yelled, “There you go kid, enjoy your Top Ramen!”

In retrospect, I should have just given him a dollar.

But I don’t propose you give these youngsters something quite as useful as an entire Ramen package. No, give them the bullion of the orient. The soothing chicken broth of the iodine deficient… give them just the seasoning packet. 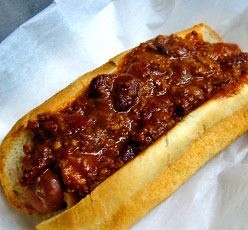 Nothing tastier than a chili dog, so keep a warmer by the door and a bag of buns, and slather each one up to dump in the bag as the wayward beggars of tooth decay wander by.

Their parents will love that they are finally eating something with serious nutritional value, even if it’s a bit comedic, and most candy bags are sufficiently water tight to contain the excess chili.

It’s the best of all worlds. Hot, tasty, American food, and it’s free, and it’s dumped in your kids’ bags when they aren’t paying enough attention. 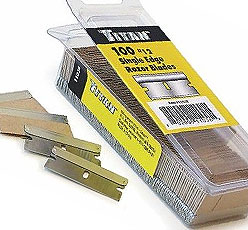 Every year it’s the same old song and dance. You collect your candy, you search it for razor blades, and they’re literally never there. Your parents search, and surprise, surprise, still no blades.

Well what if we streamlined the process by giving the kids razor blades! They’ll still have the protective paper on them so no one gets hurt, but this finally puts an end to impossible Where’s Waldo of the candy bag investigation.

These can be bought at your local hardware store for just $24.99 for the hundred pack, and believe me when I tell you that they are sharp.

It doesn’t matter though, because the kids or their parents will surely find them first, just like they’ve been trying to do since they were kids.

If you’ve got better or worse ideas, post them in the comments below.

Brian first began peddling his humorous wares with a series of Xerox printed books in fifth grade. Since then he's published over two thousand satire and humor articles, as well as eight stage plays, a 13-episode cable sitcom and three (terrible) screenplays. He is a freelance writer by trade and an expert in the field of viral entertainment marketing. He is the author of many of the biggest hoaxes of recent years, a shameful accomplishment in which he takes exceptional pride.