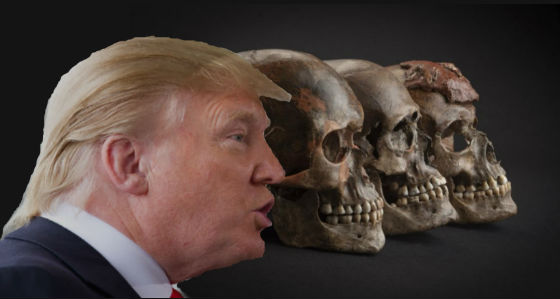 Recently, scientists at the Howard Hughes Medical Institute at Harvard Medical School have analyzed DNA from prehistory, to discover large population shifts ranging from 45,000-7,000 years ago. Scientist David Reich concluded that these changes in prehistoric human populations directly correlate to the last Ice Age, which enabled prehistoric human migration to much of the northern world. And remnants of that ancient world can still be observed today.

The genetic data, released in a May 2016 Nature publication, reveal that not only did the retreating sheets of ice allow for human migration north, but it also contributed to the demise of our primate cousins, the Neanderthals, who disappeared from Europe shortly after our ancestors arrived about 45,000 years ago. While glaciers covered Scandinavia and northern Europe all the way to northern France during the Ice Age, we cohabitated with the Neanderthals; but we eventually led them to extinction with such evolutionary advantages as larger brains, longer legs, and our superior twerking abilities, which increased the human population.

While studying the migration patterns of prehistoric DNA, Reich also detected some mixture with Neanderthals as we spread across Europe 45,000 years ago. While most people today have between 1-4% Neanderthal DNA, a particular America Presidential candidate has lineage that has been tested at a whopping 39%
And he’s on the verge of winning the Republican nomination for President in the United States.

Donald Trump has been characterized by his xenophobic statements about Mexicans and Muslims, and now there may be a scientific explanation why. The real estate mogul turned politician, whose campaign has seemed to come straight out of a carnival, is roughly only three-fifths modern day human.

How Harvard happened upon getting DNA samples from the Trump family is unknown, but rumors have circulated which seem to imply that President Obama’s daughter Malia’s recent acceptance to the prestigious school might have had something to do with it. An intern, wishing to remain anonymous, only commented that after last year’s White House Correspondent’s Dinner, an empty Trump wine bottle was confiscated from the premises and sent off to an Ivy league school for national security reasons. Since Donald is the only known person to have ever drunk his own wine, it only stands to reason that it was his DNA on the lip of the mouth.

Critics and Trump supporters disagree with the findings, much like they disagree with the scientific consensus on climate change and Obama’s birth certificate. Some say that a Neanderthal couldn’t survive in the modern world, while others insist that if The Donald was a descendant of tool wielding cavemen, his hands would be much bigger. But the proof is in the DNA and as Neil DeGrasse Tyson says, “The good thing about science is that it’s true whether or not you believe in it.”

Jenny Corvette is the pen name of Jennifer Gardner, a freelance writer living in Southwest Michigan. She has been nearly arrested and sued over her satirical writing about her local hick town. In her free time, she plays pool, volunteers with political campaigns, and paints Spray Paint Art, all of the proceeds benefiting animal causes. She can be found on facebook at http://facebook.com/jennycorvette