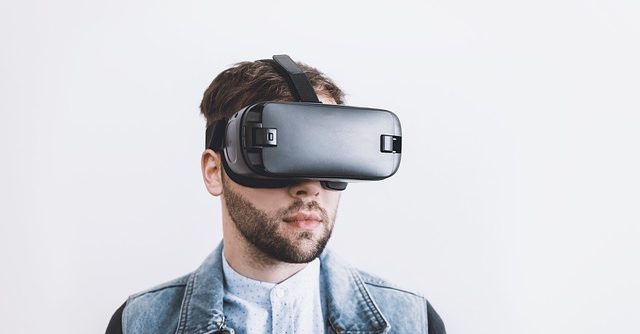 These days, people spend a lot of time and money on video games, cinema, music concerts, social networks and amusement parks. With the advancement in technologies, the entertainment sector has seen an increase in Virtual Reality based entertainment.

Incorporation of VR by gaming websites and the introduction of VR headset devices like Oculus Rift and HTC Vive have been instrumental in democratizing access to the VR technology.

Virtual reality is a computer-generated simulation of a three-dimensional environment. You can interact with it by using special electronic equipment, such as a helmet with a screen inside or gloves fitted with sensors.

This technology allows individuals to have a real gaming experience within the comfort of their home. It adds an element of depth to some online transactions. For example, you can snap a photo of your car in 3D with virtual reality, a valuable advance for car lovers everywhere.

According to Greenlights insight’s forecasts, the location-based virtual reality entertainment industry will grow up to $825 million by 2021. Cinema can become a leader in this emerging market.

The film industry is always looking for new technologies that will provide an enticing experience and VR technology offers it that potential. Films are now becoming VR-technology-oriented. Filmmakers now produce films for VR to allow the audience to watch the movie in a 360-degree environment. The new technology is also used for sporting events, fine arts, music videos and short films.

Amusement parks are designed to give people an unusual experience and exciting sensations. VR is slowly transforming the waterslides and other attractions in these parks. The combination of virtual reality and rides creates a unique experience and highlights your amusement park amidst the traditional environment. The ride combines live-action and VR holograms to make the rides terrifying.

Virtual technology imitates the surroundings in a virtual world with a ghostly green glow once you place the VR sets on your head. With VR headsets, users are introduced to a new environment with characters all designed to tease and scare.

The implementation of VR in music videos and live performances has amazed the people who have experienced it. It has allowed people to attend music festivals and concerts without being physically present at the events. Today, major film festivals such as Tomorrowland, Coachella and Lollapalooza have their own VR applications or 360-degree videos. Listening to music alongside with viewing videos through the VR headset has taken the music video experience to a whole new level.

Games are more engaging than before

Virtual technology is providing an immersive gaming experience to players. With a new level of interaction and outstanding content, VR is transforming the gaming industry. New genres of virtual reality games replicate traditional game genres. Most of the popular computer games are now translated into VR format with ground-breaking visuals.

Leading companies have released Playstation’s PS4 VR for which new games are launched in the market. The growing craze for PS4 consoles has surged the VR apps appeal as it provides a stunning gaming experience.