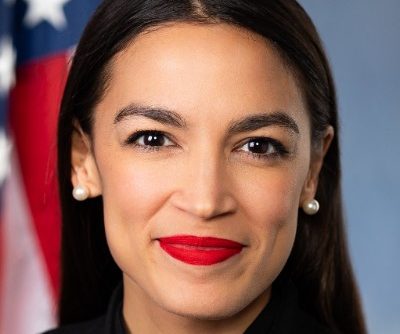 Could it be that anti-foxhunting ideologues are the interspecies equivalent of Amnesty International and a certain scholar’s IntCom? Are they complacently presenting themselves as ‘speaking up for those who don’t have a voice?’ 😉 The lessons of Gayatri Spivak’s essay ‘Can the Subaltern Speak?’ are lost on them.

Animals cannot speak for themselves; but even if they could, would their self-appointed defenders allow them to speak anyway?

The British and French Empires, from Napoleon’s escapades in Egypt to Blair’s mass atrocities in many places, claimed to be saving the so-called ‘natives’ from themselves, with their loathsome White Man’s Burden.

Their ‘sanctioned ignorance’ (see Spivak again!) attributed to themselves an omnipotence, an unquestionable epistemic and moral authority. Their positional superiority made them the dispensers and monopolisers of “Eternal Truth.”

But it’s better for the foxes this way, right?

I guess it may be.

But I am not so arrogant as to claim to know for sure, one way or the other.

But it is perfectly plausible to postulate that by assuming they know what is right for animals, some human beings may be acting as imperialists. They are not merely pillaging like neocon/liberal interventionist hooligans; they are setting themselves over animals in a very different way, cultivating an insincere mystique of disinterested concern and care, rather like Cecil Rhodes or Winston Churchill or (elsewhere) dear old cuddly Joe Stalin.

Is it to be assumed that because foxes cannot talk back, that such a gesture of colonialist or imperialist paternalism is therefore unproblematic?

Many 19th century imperialists offensively claimed that black Africans or native Americans or Arabs were ‘dumb’ and ‘voiceless’ and ‘inarticulate.’

These myths persists today, albeit in marginally less subtle forms.

But is is appropriate to let this myth be perpetuated for animals?

So many critiques of paternalism between and over humans…

But where are the critiques of paternalism between and over species?

I do not claim that ‘anthropocentrism,’ i.e. human-centered attitudes can be avoided completely, or that human-centrism must always avoided, to the greatest degree possible.
But it can at least be considered problematic, can’t it?

So why not start by criticizing the White Homo Sapiens’ Burden , this problematic prerogative enjoyed by the class warriors who wish to save foxes from the given order prior to the foxhunting ban?

I will finish by saying that excessive (and hence radically insincere and superficial) concern for animals and for nature can have deeply reactionary associations. You may wish to read the works of Murray Bookchin, Janet Biehl, or the book she co-authored with Peter Staudenmaier, “Ecofascism: Lessons from the German Experience.” I’m not suggesting any of these authors would necessarily agree with me; these authors themselves were very ecologically conscious, and ‘ecological consciousness’ per se is certainly no bad thing. But there are limits. Or at least, there should be.

I just mentioned a book called ‘ecofascism.’ I do acknowledge that the term ‘ecofascism’ is itself often a conversation stopper used by hidebound reactionaries, such as neoconservatives. But Biehl and Staudenmaier’s book does not use the term ‘ecofascism’ in this sense. So by all means, the writings of Bookchin, Biehl and Staudenmaier writing may be worth a look with regards to the critique of the more deeply reactionary forms of environmental speculation and ideology that is in circulation.

(Staudenmaier is a good writer in a lot of ways; he’s written some great stuff on the Balkans conflict too. See the writings at the Institute for Social Ecology).

Be that as it may, there is nothing to be gained from patronizing animals by standing over them as their patrons.

And for the sake of consistency with the latter conviction of mine, I am not suggesting that I myself know what is best for these foxes.

I merely suggest that some scepticism and humility on just such a question is precisely what is at issue.