“Ya see this fuckin’ hand, Chico?” he smirked.

Jesse scowled and batted it away.

“You poor little gringo boys are all mouth and no cojones!” he spat.

“If the yogurt boys want to get it on, tell ‘em to pin their fuckin’ white boy jeans and come round to my casa! Entiendes?”

Three quarters of the table erupted in laughter.

“Yogurt boy? You out of your flamin’ mind, son?!” Palmer Miller groaned. He didn’t know whether to laugh or to draw on his opponent.

This time, it was the entire table that laughed. Even Mr Yogurt couldn’t help but mock Palmer’s pidgin Spanish; all five of ‘em were rolling about helpless.

All of the sudden, the waitresses shrieked, as an empty bottle of Karadzov Bler cascaded into smithereens.

All of a sudden, Jesse got up and pointed to the wall.

“See this? This fuckin’ mess? You wanna start somethin’, bitch?” he hissed at the pudgy figure that was staggering towards him.

“Where is Palmer Miller!” the gunman roared, half-inarticulate from alcohol; but more than articulate enough to make his enemy crap his pants.

“Hey, hey, hey, white boy!” Jesse bellowed over, fixing his exultant eyes on Palmer. “Do you know where this Palmer Miller boy is?”

Palmer’s blood froze in his veins.

He gub-gub-gub-gubbed in terror, unable to keep his eyes off Gideon’s not-so-sawn-off shotgun.

“Yeah!” shouted Carlos Roca. “I think the hombres de vanilla here know who this guy is!”

“You fuckin’ callin’ us vanilla?! Who you fuckin’ callin’ vanilla, you frickin’ illegal assholes!” Palmer’s well-outnumbered comrades shrieked, drumming the tables and finally squaring up to Jesse, Carlos and the boys.

Gideon wildly waved the gun around; pointing it at this person and that one, and occasionally making to snipe at the dirty ceiling.

“Where is Palmer Miller!” he roared.

Naively taking this as a well-intended diversion gesture, Palmer squeaked:

Palmer simpered, attempting to send a signal of mild gratitude to his old gambling foe.

Gideon’s beady eyes nearly popped out of his head.

Jesse said, “I don’t see anyone here with a Bitzi Butterfly tie-pin here, do you?”

His gambling friends, however, were laughing louder.

Palmer scowled at them.

Then he glanced down.

His saucer eyes jerked back up to gaze at his betrayer in terror.

“It would be a pity now, wouldn’t it, if one of these social-climby vanilla folks tried playin’ the Big City interloper in our House of Fun now, wouldn’t it,” Jesse coughed, almost paralytic in his malevolent mirth.

Gideon reeled and staggered towards the gambling table.

Palmer Miller, too terrified to move, sat staring at the hulking body of Gideon Truman.

Despite being rather the worse for vodka (and not a few rather more exotic concoctions from the local underworld), Gideon managed to make it to the table, grab Palmer Miller by the lapels, and ask him:

Jesse strode over to observe the fun from a more advantageous angle of laughter.

“Hm. I don’t know, Carlos. Carlos. Jaime. Fernando. David. What do you think?”

“Is it a Bitzi Butterfly tie-pin?”

“N… n… no,” Palmer finally managed to squeak out.

He took a step back.

“Ah noooooooooo, brother!” Carlos laughed; as Jaime, Fernando and David clapped in a most ironic assent to this quite possibly sarcastic intervention.

Gideon’s brow furrowed up to the point where you would have half sworn his face was going to burst.

Pausing for thought, he took a step or two backwards, as best he could in his current state of severe intoxication.

Just as he was about to swing back through the doors, Jesse played wingman for one last fateful time.

“Of course not, brother Gideon!” was the hoarse and throaty death knell for his faithful gambling ‘friend.’ “Mr Palmer Miller will never be seen dead in a cheap and glitzy tie-pin like the Bitzi Bu…”

Incandescent with rage, Gideon threw his gun on the floor and threw himself on Palmer Miller. His new foe had no chance. His untoned but mercilessly meaty fists pounded so hard and fast, Palmer couldn’t even scream for mercy.

“Dios mío!” Carlos cried in exultation. “It is this Gideon Truman guy! From the Steel Diamond Media? Now is this the Cassie-Jane Helman that the Senator Bubble has raped the last year?”

Jesse made an obscene gesture to Carlos in reply.

“Ha! Ha! Ha! Ha! Ha! Ha! My God!” Carlos cackled. “So the chief of police arrests our boys for a naughty ten kilo or two, but lets the rapists go free? Now I am not surprised this Mr Truman is so angry. What kind of priorities do these white boy cops have?”

Jesse high-fived Carlos. “They are not our priorities; that is for sure!”

She need not have bothered.

After a minute or two, Gideon Truman was lying sprawled over the corpse of Palmer Miller.

Like Palmer Miller, he too had died as a shallow, opportunistic and hollow ‘man of the world.’

The two men lay furiously embracing each other in death, as in life.

They could not abide each other; but nor could they escape the stranglehold that had bound their final fatal destinies together.

Once upon a time, Palmer Miller had shown some pitiful, plaintive seed of virtue; in his disgusted rant to Benny Pilder about the culture of rape enablement heavily embedded in the justice system.

And once upon a time, Gideon Truman had shown what little honor and courage he had; in hunting down Palmer Miller, out of a thoroughly self-interested, yet not entirely discreditable desire to avenge his best journalist: Cassie-Jane Helman.

Was there, in the dark and hideously shadowy hearts of these two men, some single, slender skyhook that would one day redeem their souls from the hideous torments of a blazing inferno as well deserved as it was well furnished-for?

Well, that much is not given to us to know.

This much, at least, we can say for certain:

These two talented mediocrities left this world bereft of virtue, bereft of goodness, and bereft of hope.

Let us not be over-kind to their tormented shades, as they finally make up their loathsome bed in hell. 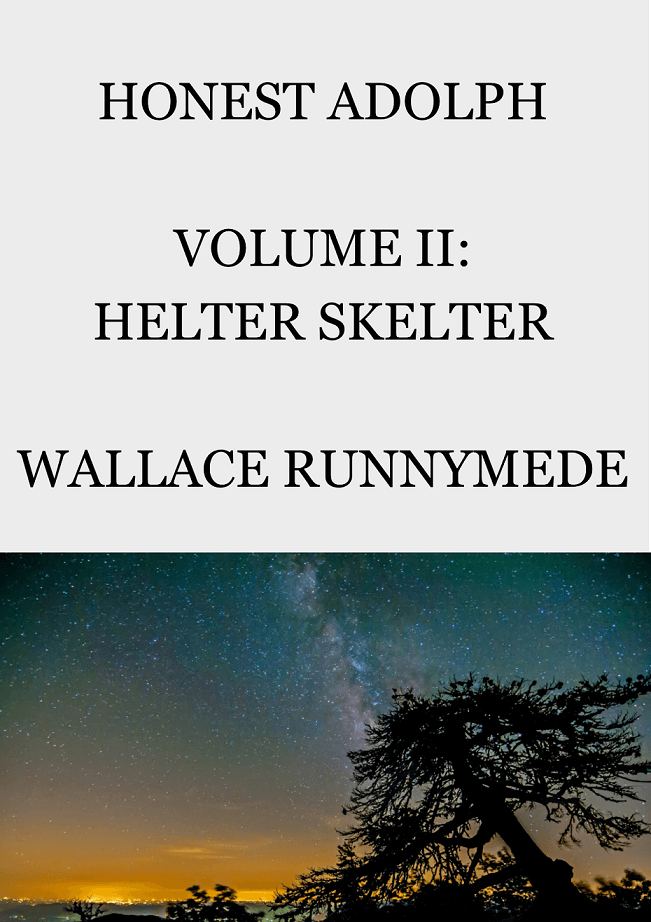