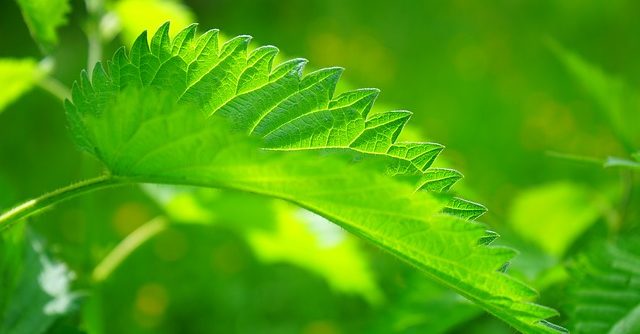 Yet another serious article – oh, all right, all right! I’ll throw in a couple jokes just for old times sake………

There is a lot we can do to recover or maintain our health on our own, and given the state of our overpriced and often uncaring health care system, it is becoming a necessity. Having almost been a huge victim of it when I broke my ankle severely two ½ months ago, I feel I not only have the right, but that I should talk about it. The hospitalization saved my leg but almost ruined me financially and stress-wise at the same time.  And don’t get me wrong, there are things like Neurological disorders that should only get treated by a neurosurgeon hudson county nj but when it comes to other health related problems you can always help yourself out.

There is a whole other world of caring for this body which we must wear every day that is outside the realization of most people, especially Americans. Western medicine is so entrenched in our consciousness that we refuse and snicker at other, non-‘normal’ practices of medicine.

Let me note here that I am not a doctor or even a trained herbalist, but there are things that I have discovered and used with success that I should not keep to just to myself. One can say that that is not scientific, but then our modern medicine which relies on experimentation on the lower species of animals rejects the success that ancient societies such as the American Indians have had for centuries using plants found commonly in nature that have healing powers.

I have had great luck with herbs. They are created by nature – not in a laboratory. Many of the pharmaceuticals marketed are based on plants that might be growing right outside your windows at this moment. Originally aspirin was derived from white willow bark, but with the advance of chemistry cheaper compounds that had the same action were manipulated. The problem with this is that with the addition of chemicals or making medicine that is totally synthetically too often has side effects which were not noticed or ignored that harm the cells of the body.

Seniors age 65 and older should get at least 2.5 hours of moderate aerobic exercise (such as brisk walking) every week for better results and avoid health issues. That averages out to about 30 minutes on most days of the week. Or you should get 1 hour and 15 minutes of vigorous exercise (such as jogging) each week.

Below is a list of herbs that I and others have found to have a great value in stimulating health and yet can be gotten for price of a walk in a field or forest. The source of knowledge of these plants are either from my own usage, information gleaned from books, lectures and other media or from professional people and everyday folks who have had good experiences with plants they have used.

7 Powerful Parasite-Killing Herbs: Thyme Thyme — Thymus vulgaris — could be a powerful asset in your arsenal against pathogens. That includes certain parasites, bacteria, and fungi.

Sage Salvia officinalis or sage has gray-green leaves. The herb is native to the Middle East and Mediterranean region.

Tansy Tanacetum vulgare or common tansy has fern-like leaves and yellow flowers. It is popular in folk medicine. The herb has been used to lower inflammation, relieve migraines, ease nerve pain, and treat parasitic infections.

Considered an amazing all-around healer that is one of the best things you can take. A natural antibiotic that strengthens the body. Claimed to be almost a heal-all; good for any bodily disease or infection.

Works against high blood pressure and will actually strengthen your heart (I will swear by that).

Natural substances that have done true miracles with my joints and others claim so too.

Cleared up my lungs when they were congested from working in a dusty environment.

Its name in other European languages means ‘to heal the bones’. Unfortunately the FDA has issued a warning not to take it internally as it might a. damage the liver, b. be a carcinogenic. I personally used it internally to help heal my ankle quicker (and it appears that it has worked without noticing any ill effects) and I had previously regularly drank a tea of it to stop the internal bleeding of kidney stones. There are arguments that the FDA overstepped themselves with their labeling, which has made it hard to get. Meanwhile the English have been drinking it as a tea for centuries; and it was a common vegetable at one time similar to spinach which I myself have picked and eaten. The reader will have to come to his own decision on this.

Took this to help heal my broken ankle and swear that my hair and nails grew faster (which have many the same basic components as bones.) It is stated in Nutritional Healing that it also strengthens the heart and lungs.

The Israelis did a study which showed that this fruit is effective in shortening the duration of flu attacks. A wonderful winter drink can be made out of it that warms you up and protects you. Add fruit juices and mulling or pumpkin pie spices to it. (Yum!)

Wonderful for skin problems and internally for the gut.

Improves the eyesight and night vision.

Will alleviate toothache in an oil form or if the powder is mixed with water or oil and applied to the tooth.

Will help with urinary infections and to prevent kidney stones.

Used as a sedative and for nerve stress. Once drank a small pot of it before walking home and almost fell asleep trying to make it there.

Good for any sort of stomach sickness. Have used it for sea sickness.

Helps to digest other foods.

Excellent against athletes foot. Make a tea from it and soak the foot in it.

Excellent for constipation (But for God’s sake don’t take too strong a dose of it! My friend gave me some and warned me that it would make me poop out everything I’d eaten since high school if I did. I shared some with a co-worker and later said I hoped he didn’t make too strong a dose. He said he did and it made him poop out everything he’d eaten since high school. (this is true!)!

Other people into herbs have sworn by:

Goldenseal for infection and inflammation, osha root for lung problems, echinacea to strengthen the immune system, cayenne for general body strengthening and many diseases, cinnamon helps with adult diabetes, turmeric has anti-cancer and anti-inflammatory ingredients, witch hazel good generally for the skin, cherries are good for arthritis and with similar effects to cymbalta. In using herbs it is always good to start with small doses of them in a tea, capsule or tincture form in the beginning just to see how your body reacts to it.

1 thought on “Do It Yourself Health Care – Yes, It Has Come To That!”