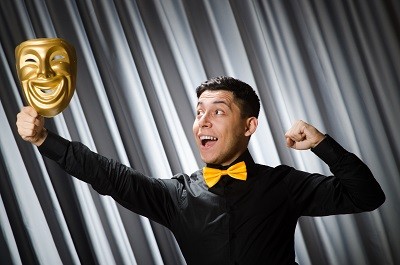 When you love comedy, you may want to incorporate it into your travel plans. There are some great comedy venues and locations throughout the country, some of which are familyfriendly and some of which maybe not so much.

Below is a list of some of the best comedy venues in the U.S., including options like dinner shows, as well as smaller venues, like stand-up comedy venues.

The Comedy Barn in Pigeon Forge

If you want somewhat slapstick, variety show-style comedy that’s good for all ages, there’s The Comedy Barn Theater in Pigeon Forge. Pigeon Forge is close to Dollywood and the Great Smoky Mountains as well.

The Comedy Barn is a two-hour show, appropriate for all ages and it runs pretty much every night, usually with shows at both 5 p.m. and 8 p.m.

The show includes audience participation, magic and ventriloquism, music, dance and clogging, and of course comedy with a great line-up.

The Second City Chicago is a landmark in the city itself, and for comedy in general.

The Second City was opened in Old Town in 1959 and has been a staple of the comedy world since then.

Comedians from John Belushi to Tina Fey started there, and you can still see many A-list comedians coming in for a show. The brand now includes touring ensembles, as well as two other training centers in Hollywood and Toronto.

Going to Second City Chicago is a taste of true comedy history and the people you see there may very well go on to become comedy mega-stars.

Nashville may be a city most known for its country music, but that’s not all it has to offer. Zanies is a long-standing comedy venue in Nashville, located in the neighborhood of 12 South. Zanies has been offering performers the chance to show what they’re made of for nearly thirty years.

There are nightly acts and almost 300 hundred seats in the venue, along with a two-drink minimum.

Not all shows are family-friendly, but at least one daily is. There are more than 30 shows a week in total.

Of course, being located in the heart of Times Square is a big draw as well.

The Outta Control Magic Comedy Dinner Show has 125 seats, which allows for an up-close-and-personal feel to the show. There is magic, as well as impersonations and improv comedy. The shows are appropriate for all ages, and audience participation is included.

Tony Brent is the person who heads up the show, but he transforms himself into dozens of others.

Along with the show, there is table-side food and drink service.

The show lasts for 90 minutes, and Tony Brent has been named as one of the best local performers in Orlando several years over.

Cap City Comedy Club is located in Austin, Texas. You’ll see touring comedians like John Heffron, and there are open mic nights as well. The club has been in Austin for more than 30 years, although it was originally named Laff Stop, then Capitol City Comedy Club before being known as Cap City Comedy.

The club is often known as a second home to stars like Ron White. Other comedians who have taken the stage at Cap City through the years include Sam Kinison, Ellen DeGeneres, DL Hughley,and Joe Rogan.

Finally, if you’re planning a trip to New York City and you love comedy, consider the Gotham Comedy Club on West 23rd. This club was opened in 1996, and it’s unique because along with great acts, it’s a beautifully designed space with a lot of ambiance.

Comedians who have come to Gotham City include Lewis Black, Colin Quinn, and Dave Chapelle. The theater was also the site of the pilot for “Curb Your Enthusiasm” by Larry David, and “Comedian,” a film with Jerry Seinfeld from 2002. The 2007 season of “Last Comic Standing” took place in the venue.

The space is 10,000 square feet, and it’snext door to the Chelsea Hotel, which is a landmark itself in New York City.